While being chased by TAC, Alien Fire released the Terrible-Monster, Firemons. He ran amok, with little TAC could do to stop him. Eventually, Hokuto transformed into Ultraman Ace. The beast gave Ace a tough fight, even proving impervious to Ace's Metalium Beam. When Alien Fire tossed a sword to Firemons, it was all over for Ace. The sword set on fire, and Firemons began waving it around crazily. It caught Ace's shoulder, and he winced in pain. At one point, Ace slipped on a mound of dirt, and was struggling to get back up, until Firemons drove the sword straight through Ace's chest, killing him.

Firemons was called back, and Ultraseven brought Ace back to life. After recovering in the hospital, Hokuto was back on his feet. Not long afterwards, Alien Fire released Firemons again, and began to reek havoc on the city. TAC came to attack, but was beaten down by Firemons' fire streams. Under cover of smoke, Hokuto transformed into Ultraman Ace once again. The monster still gave Ace a tough fight, and Alien Fire threw the sword to Firemons as he did before. However, before Firemons could attempt to kill Ace again, TAC arrived with an experimental laser cannon, the Silver Shark, and aimed it at Firemons. With a single shot, the mighty Terrible-Monster was brought down, leaving Alien Fire to fight alone. The Life of Seven! The Life of Ace!

In episode 7, Firemons along with the many other monsters are seen cheering on Ultraman Ginga as he fights Dark Galberos. The Closed World 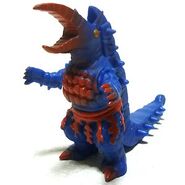 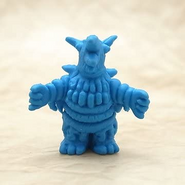 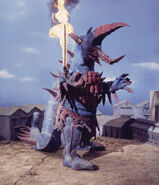 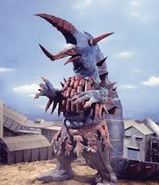 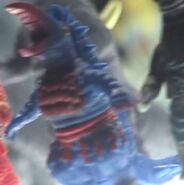