(Flame)
Femigon (フェミゴン, Femigon) is a species of supernatural Kaiju that debuted in the TV series, Return of Ultraman. A female monster who made a surprise appearance after a run of alien invasions, Femigon seemingly requires the possession of living beings in order to manifest her physical form.

By the first scene of the series, Femigon had already possessed Yuriko Oka, the communication officer of MAT and unintentionally caused her to lose focus on her job, both of which is nearly fatal to her teammates during their flight in MAT Arrow. As she was sent on a month-long rest, Femigon possessed Yuriko midway in her return to home and attacked an oil complex in Boso Peninsula. Femigon disappeared that night just to return to Yuriko's form once arriving home, but the traces of petroleum that spilled onto Femigon during her rampage through the complex remained.

The next day, Femigon took over again to attack another oil complex in Chiba. Hideki Go transforms into Ultraman Jack to fight the space monster and chased it to the depths of the sea, where Femigon was about to attack MAT's headquarters. Jack ended the battle with Ultra Spark, causing Femigon to disappear and returning Yuriko to the nearby beach. The Targeted Woman

A different breed of Femigon reappeared in episode 33 of the series Ultraman Mebius. This variation is known as Femigon Flame (フェミゴンフレイム Femigon Fureimu), complete with a different set of abilities.

A space monster who originally appeared as a hitodama, Femigon possessed a medical student named Misa, causing her to develop pyrokinesis upon experiencing panic attack. A week later, Misa's older brother sought Teppei and the Crew GUYS' help in expelling Femigon even a so-called psychic medium failed to do the job. The night of Misa's admission into her ward, Femigon took over to wreck havoc in an oil complex. Femigon disappeared after that but its sole presence, combined with Misa sharing the same right shoulder injury was enough for Teppei to finally piece all of the problems together. Using MAT's document from Yuriko as a victim, Teppei concluded that an Ultraman's beam is enough to separate the two beings, but this Femigon is different from the first one. At such, killing the monster does not guarantee Misa's safety as well.

The young med student was torn with the option to save either the civilians or Misa, so much so that it jeopardized Mebius' near attempt of killing it. After a thorough research, he finally invented the Spirit Separator, using it on Femigon's final reign of terror before combining with Mebius' Mebium Shoot. The operation was successful, but Misa loses her memories from being possessed by Femigon, including her previous affection for Teppei. Lady of the Blue Fire 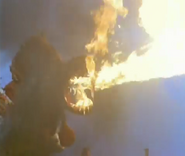 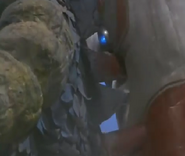 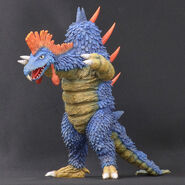 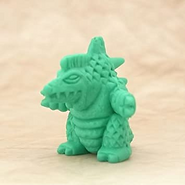 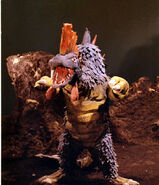 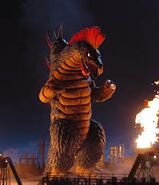 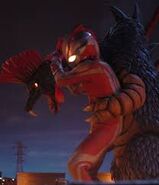 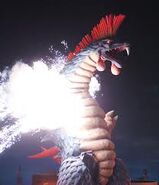 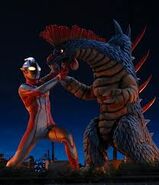 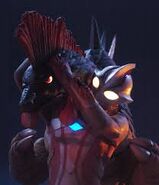 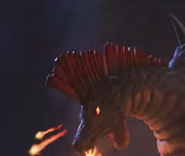 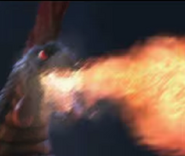