Ultraman Taro episode 42 "The Phantom Mother Is a Monster User!"

Elegia (エレジア Erejia) was a parrot Kaiju in Ultraman Taro.

Elegia was the pet parrot of a woman named Seiko Shimada, who was the mother of Kotaro Higashi's junior Tatsuo Shimada. Elegia died shortly after Seiko's death with no one to feed him, and was buried next to Seiko by Tatsuo.

As 10 years passed by, Seiko's husband studied in the creation of robots and eventually created an android identical to Seiko. But the man's hatred of motor vehicles, due to the manner of his wife's death, was passed on to the android Seiko. The android mysteriously activated and used lighting to revive Elegia's spirit in the form of a kaiju. Andriod Seiko then commanded Elegia to destroy all of Japan's motor vehicles. ZAT immediately responded to Elegia's massacre, but with little success.

Elegia then headed towards an International Motor Show held in Tokyo and began destroying every car in site. As it's destruction progressed, Elegia grabbed a car that contained Seiko's youngest son, Tomoyuki. With the help of ZAT, Tatsuo destroyed the Android imitation of his mother, freeing Elegia of it's control. No longer interested in the car it was holding, Elegia tossed it away, then Ultraman Taro arrived, saved the car, and then proceeded to fight Elegia. Elegia kept the Ultra Warrior down with it's flames, but Taro quickly gained the upper hand and destroyed the monster with his Strium Beam. 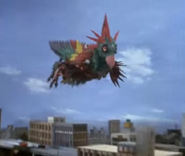 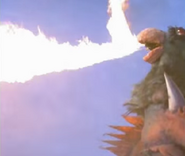 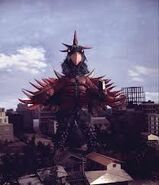 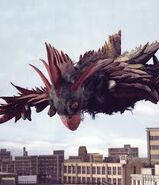 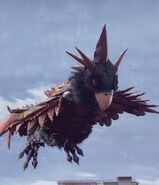 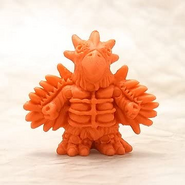 An Elegia eraser
Community content is available under CC-BY-SA unless otherwise noted.
Advertisement