Return of Ultraman episode 36 "Kick the Night Away"

Draculas (ドラキュラス Dorakyurasu) was an alien that first appeared in episode 36 of the TV series, Return of Ultraman. It is also called Alien Carmilla (カーミラ星人 Kāmira Seijin)

A vampire-like being from the planet Carmilla, Draculas came to Earth to eradicate the human race, by removing its female population to render humanity functionally extinct. After realizing Earth had much more solar energy then his home world, he possessed the corpse of a dead woman who was named Midori Suzumura, to use as his cover for the day and would feed on young woman at night.

After MAT found out his covers identity, he attacked them while still disguised as Midori, but was soon forced to retreat back to his space ship. When MAT finally found his ships location he telepathically communicated with Hideki Go, trying to understand why Ultraman Jack chose to protect the humans and not his people. Draculas then took off in his space ship made his atempt to escape from MAT, but was quickly gunned down.

Draculas then emerged himself to confront MAT. Go quickly turned into Ultraman Jack  to counter him. The two aliens of light and dark clashed with one another with Draculas managing to bite into Jack's shoulder. However, Jack used his Ultra Bracelet to create a blinding light that distracted Draculas long enough for him to be impaled through the heart with the Ultra Cross, much like the vampire folklore of Earth. Kick the Night Away 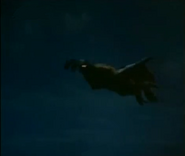 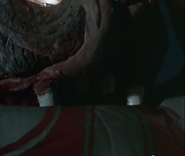 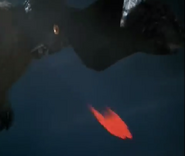 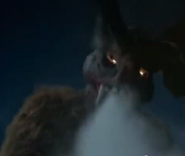 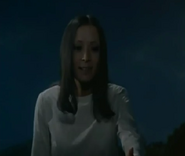 Draculas appeared in the series Redman where he teamed up with several aliens and monsters to take down the titular hero, Redman. He was first seen at the end of episode 97 where he, along with Gudon confronted the hero after he defeated the mighty Kodaigon. In the next episode, he and Gudon were confronted by the alien hero and were sent rolling down the hill after they were kicked down by the alien hero. The two monsters fought Redman long and hard, but even though they outnumbered him, the alien hero fought back and held his own against them both with the usual grapples, throws, chops, and punches and Draculas ended up being defeated by being crushed by Gudon after he got hit hard with the hero's Red Kick.

Draculas reappeared in episode 120, where he teamed up Sadola to take on Redman. While the alien hero held his own against both monsters, the two of them managed to overpower the alien hero with their brute strength and well-coordinated teamwork. Even though the monsters managed to dodge Redman's Red Arrow when the latter controlled the outcome of the fight, he still pulled through and defeated both monsters one at a time with his Red Kick.

In episode 123, Draculas teamed up with Alien Bat to battle Redman. The monster started out having the upper hand on the alien hero and then Alien Bat showed up to give him a helping hand, giving Redman plenty of difficulty by countering his usual moveset with their own. Eventually, after a long fight, Redman finally managed to hold his own and, after killing Alien Bat, killed Draculas by stabbing him with his reclaimed Red Knife.

Draculas made his final appearance on the show in episode 125, where he ganged up with Alien Icarus and Sadola to take on Redman. All three of them managed to give the alien hero a hard time in battle due to their overwhelming teamwork and brute force. Even though he fell down every time he had a chance to turn the tide, Redman didn't give up and after a long struggle, he defeated Draculas by giving him a hard double kick to the face, knocking him out in the process, after he defeated Sadola and Icarus. 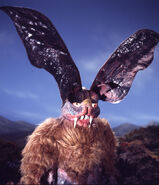 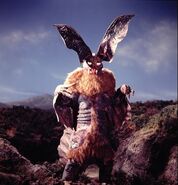 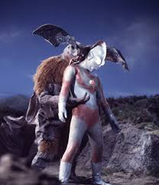 Draculas impaled by the Ultra Cross

Figure of Draculas, by Marmit. 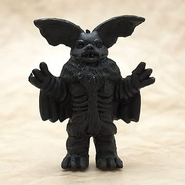