For six thousand years the monster Dolfiego lived under Tamara Island and had an ancient civilization under his control. However, in the modern day an oil refinery was set up on his island, forcing Dolfeigo to use three archaeologists from Professor Inazuma's team to destroy it while under hypnosis as well as scare off the rest of their team. Mutsumi quickly informed her teammates and within the hour the Scientific Defense Guard arrived with Choichi sneaking under the coast for an entrance by following one of the hypnotized archaeologists. After Choichi was told by the three of them to leave, dynamite was set by the wall in front of Dolfiego's chamber by Professor Inazuma which caused the monster to awaken violently. After Dolfiego destroyed his temple, Choichi transformed into Ultraman Joneus. The two giants clashed and caused massive amounts of destruction to Dolfiego's former civilization's structures. Once Joneus knocked out Dolfiego with the Planium Ray, Tamara Island began to sink, ending the legacy of the monster much to Professor Inazuma's despair. 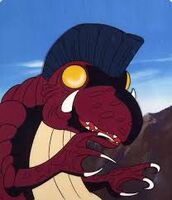 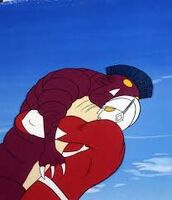 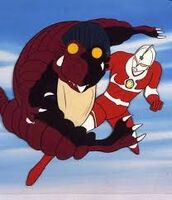 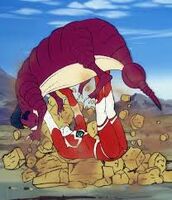 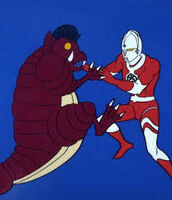 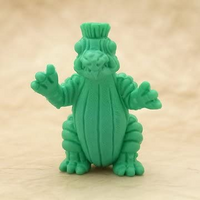 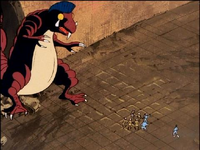