As Go was trying to help the injured MAT captain escape the foggy valley, the Kaiju Detton appeared. Go tried firing on the Kaiju to Detton's chargin. After a brief scuffle with the two MAT members, Detton noticed Sadola and the two Kaiju began to fight. As the battle raged on, Go decided to transform into Ultraman Jack and end the conflict himself. At first, Jack had a difficult time wrestling both Kaiju at first, but after separating the two Kaiju long enough from ganging up on him, Jack destroyed Detton with the Spacium Beam, and subsequently killed Sadola with the Ultra Slash.

Detton made a small appearance in this short novel as a Spark Doll UltraLived by Chigusa Kuno to fight Nosferu. After failing, she swapped it for Ultraman. 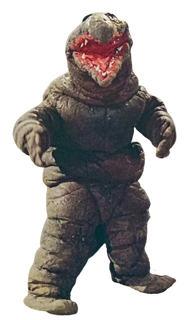 ―Announcement via the Ginga Light Spark.

While the Spark Doll was never been in sale, but it does appear in Ginga's universe, where it becomes one of the options for one to use when the Ginga Light Spark appears. 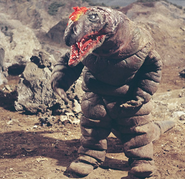 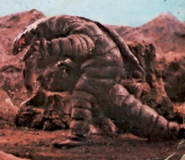 A close-up of Detton's face

Detton being shot by MAT 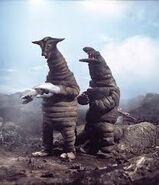 Figure of Detton, by Bullmark. 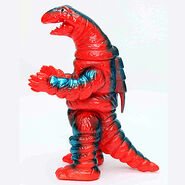 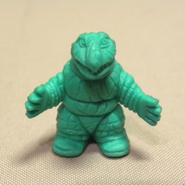