Some sort of strange alien creatures, the Dethmon appeared in the Japanese skies one calm day. GUTS was quick to strike back at the invading forces, shooting down the monsters with whatever available weapons they had. By the time the attack was over, all that remained of these strange creatures were a series of photographs taken by the human forces. The Mirage Monster

A smaller Dethmon was seen as one of the test subjects of Mabuze's experiments to create the ultimate creature. I Can't Hear Your Voice 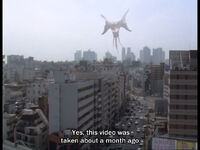 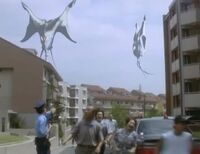 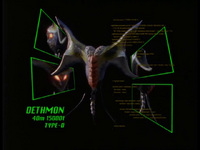 Retrieved from "https://ultra.fandom.com/wiki/Dethmon?oldid=517685"
Community content is available under CC-BY-SA unless otherwise noted.