N/a
Delusion Ultraseven (妄想ウルトラセブン Mōsō Urutorasebun) is a Minus Energy entity and an artificial Ultra that debuted in Ultraman 80. Delusion Ultraseven was created from an Ultraseven doll that was owned by Naoto, a soccer-playing boy who was injured by a gang of bikers and sought to exact vengeance against them.

After being put in the hospital by a group of bikers, Naoto Tajima's rage manifested in the form of his favorite hero: Ultraseven. When his tears fell onto an action figure of Ultraseven lying by his side, the minus energy within brought the figure to life; as it heard Naoto's unconscious demands to beat his attackers up, the figure suddenly flew through the window, and Delusion Ultraseven was formed!

Delusion Ultraseven went on a rampage, chasing after those that hurt the boy. When U.G.M was called in, they were shocked to see one of Earth’s prior heroes attacking. Thanks to Yullian, however, Takeshi learned the giant wasn't the true Seven, as he transformed into Ultraman 80, and the two drew battle.

Unable to get the upper hand on the Ultra, Delusion Ultraseven began to kick debris at the hero. Seeing this, 80 remembered Naoto, who was a soccer player. Communicating via telekinesis with Yullian, she managed to confirm the fake Ultra was brought to life by him.

After battling Ultraman Ace and defeating him at a building site in rural Japan, Delusion Ultraseven was confronted by Ultraman. The two fought a long and brutal hand-to-hand battle, in which Delusion Ultraseven attempted to use rebar rods to stab Ultraman, but in the end the hero was victorious after delivering an Ultra Haze Slash to the imitation, causing Delusion Ultraseven to fall down, seemingly dead. Nightmare!? Duel of Man and Seven? 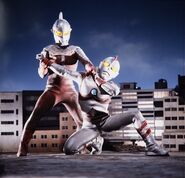 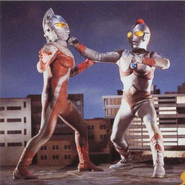 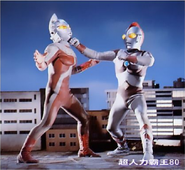 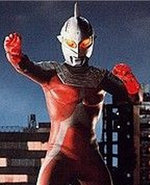 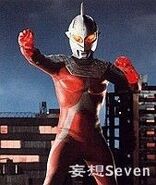 Episode photo in a museum 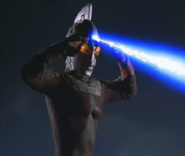