None
The Delos People (デロス人 Derosu Jin) are the final antagonists of Ultraman Max. An ancient species closely related to humans, the Delos People attempted to revert Earth to its original state by increasing the Earth's oxygen levels, their civilisation threatened by climate change created by humans on the surface. After sending their protectors, the Berserke, to attack humanity, only to realise the error of their ways, they urged Ultraman Max - who had previously been unable to intervene in a war between native civilisations - to stop the rampant Berserke, and learned there were kind hearted humans on the surface.

The Delos People were an ancient race that lived under the earth's surface for many years until their race was threatened by the surface nations' manufacturing factories' toxic fumes. To save their race they sent a Scout Berserke to analyse the earth's current defender, Ultraman Max, and discover his most powerful attack and created a weapon powerful enough to overcome it.

After Scout Berserke was destroyed by Ultraman Max, the Delos People sent many automatons to the surface and threatened to attack within thirty hours if humans didn't stop polluting. Poseidon Base was soon destroyed, making DASH send Mizuki and Kaito in DASH Bird 3 to burrow into the mantle of the Earth. Upon reaching their destination DASH Bird 3 crashed and Mizuki was internally wounded. Kaito soon came the Delos city after their atmospheric converters popped up at every UDF base on Earth. Kaito tried to turn into Ultraman Max, but the hero claimed that he can not interfere with wars between native civilizations. Kaito was then attacked by Satellite Berserke, just as it was about to finish him off, Mizuki threatened to blow up the place with DASH Bird 3, but was too weak and was on the brink of death. Seeing how hard Kaito tried and soon succeeded to revive her, the Delos People saw that there plan to force the Earth back to it original state was wrong, but already launched the Giga Berserke with no way to call it back. Kaito turned into Max and carried Mizuki to the surface just before attacking Giga Berserke. 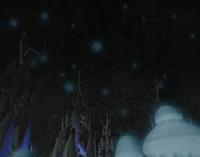 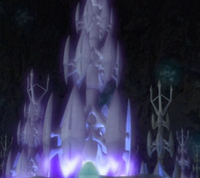 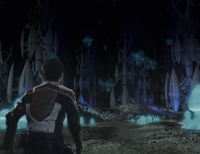 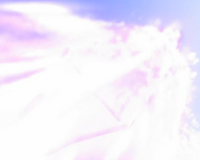