Deban's name is the Japanese katakana format for Turn (出番 Deban). If conjoined with its full name, it would be Turn, its Turn (出番だ出番 Deban da Deban).

Deban was an alien monster of the same species as Enomena but of a good nature. He was found by a traveling circus, who allowed Deban to live and travel with them as their mascot and actor. However because of Deban's presence, Enomena was constantly hunting him and the group due to Deban possessing the ability to disable his electromagnetic waves. Once GUTS learned of Deban's ability to counteract Enomena's waves, they insisted they take Deban so as to find a cure through experimentation. The traveling group however would have none of it and left GUTS to deal with Enomena on their own. However, the group was attacked by a mob of people who were under Enomena's Waves' influence. Deban decided to protect his family by releasing the cure to the populance, curing them of their insanity. However this act of heroism also exposed him to Enomena as well, and the alien sadistically blasted Deban with his Light Bullets.

Deban however was still alive and managed to save Tiga from falling under Enomena's Insanity Waves by releasing his own waves as well. This act however made Deban keel over, persumably dying of exhaustion and his wounds. However, some time after Enomena was destroyed by Tiga, the traveling circus revealed to Daigo that Deban had recovered and still lives his life happily with his "family."

Deban appeared as a social media star, reviewing the recent events in recent times, explaining not only Ultraman Trigger's origins, but also several others as well. The Power to Protect Peace Heroes Who Soar Through Space Blooming Flowers of Evil 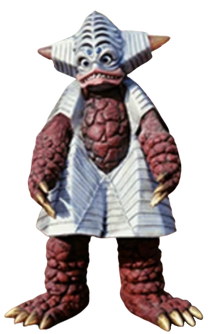 Deban appeared in the bonus video as a navigator to behind the scenes in Ultraman Tiga.

Deban and Alien Metron Marluru are the main hosts in this recap show where they tell information mostly related to Ultraman Dyna and Trigger. Ultraman Chronicle D 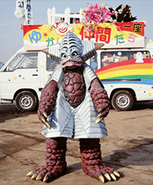 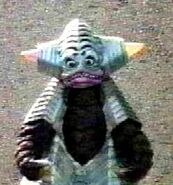 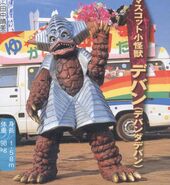