Naoki, Kazuya, and his friend Kaori were playing in a field when Anti Go-Ne's spaceship arrived. They ran to hide, but Kaori accidentally dropped her toy panda, a gift from her parents before they left. Anti Go-Ne shot his beam at it, turning it evil. When the spaceship left, Naoki, Kazuya and Kaori went to take it back. The toy panda emitted a bright light from its eyes, stunning Naoki. It then took possession of the two children, who brought it to the Nuclear Energy Plant as part of Anti Go-Ne's plan to wipe out Tokyo. Death Kong King then transformed into its giant form to destroy the Nuclear Energy Plant. Luckily, PAT arrived to attack him. However, Death Kong King used its Breast Plate Shield and his Ball Form to defend himself against their attacks. Jumborg Ace appeared to confront the kaiju. Death Kong King got the upper hand by using his flames and bombs on Jumborg Ace. Jumborg Ace threw a couple of Jet Knives at Death Kong King's bombs, making them blow up against himself and causing him to drop his shield. Jumborg Ace then used the Beam Emerald on him, killing him in an explosion.

Ball Form
Add a photo to this gallery

Death Kong King was released by the Thai toy company ApexToys as part of the Jumborg Ace Series. He is #12 in the series.

Back view
Add a photo to this gallery 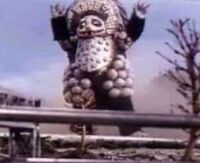 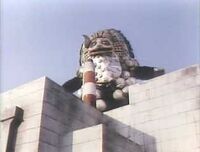 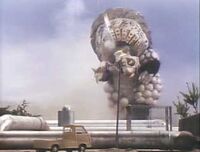 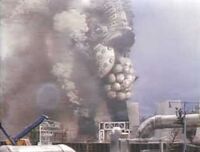 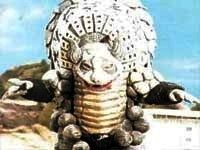 Add a photo to this gallery
Retrieved from "https://ultra.fandom.com/wiki/Death_Kong_King?oldid=510556"
Community content is available under CC-BY-SA unless otherwise noted.