None
Dazzlba (ダズルバ Dazuruba) is a stag beetle/dinosaur-like Kaiju that appeared in episode 21 of Denkou Choujin Gridman. It was adapted in Superhuman Samurai Syber-Squad as the Nightmare Virus.

Takeshi Todo had awoken from a nightmare about Gridman; he then saw an advert for a new electronic pillow and implanted Dazzlba into the device so others would suffer from nightmares too. Coincidentally, the gang's families all purchased these pillows and were thrust into a dream world. In the dream world, they were greeted by clowns handling out flyers announcing the execution of Gridman! Meanwhile, the real Gridman was able to awaken the trio from their dream state and combat Dazzlba. With help of Dragon Fortress, Dazzlba was destroyed by Gridman's Grid Beam. 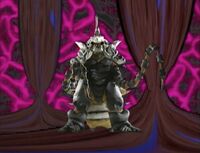 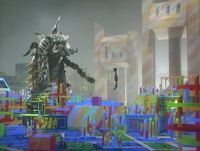 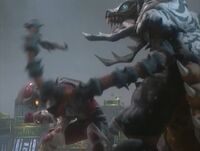 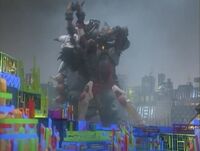 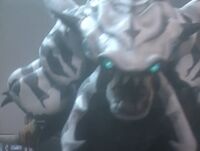 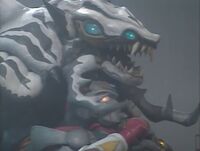 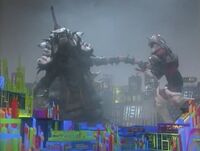 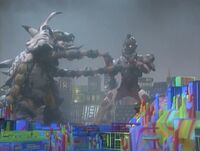 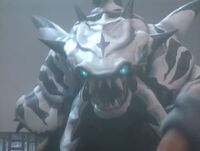 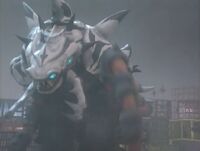 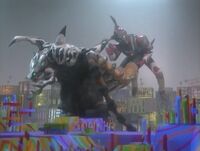 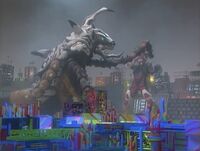 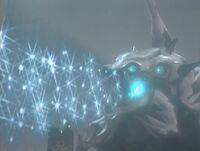 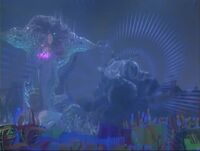 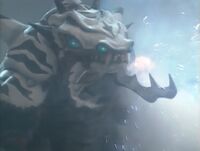 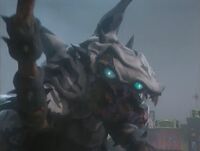 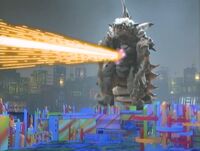 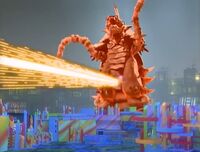 Add a photo to this gallery
Retrieved from "https://ultra.fandom.com/wiki/Dazzlba?oldid=517839"
Community content is available under CC-BY-SA unless otherwise noted.