Unknown
Dark Ultraman (ダーク・ウルトラマン Dāku Urutoraman) was one of the three unofficial Ultramen created by Chaiyo Productions of Thailand as part of the project named Project Ultraman. He was an Ultra to appear in Ultraman Millennium's show, albeit an anti-hero who would later go on to join the heroes.

A stark contrast to the justice upheld by Millennium, Dark Ultraman sought to stop the latter by any means possible. His motives were unclear, but he eventually sided with Millennium and Elite.

Dark's host was going to be a man played by Ray McDonald. His host would transform using a dark device similar in appearance and function to the Beta Capsule. 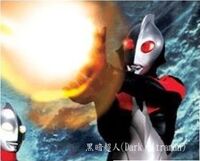 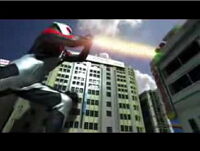 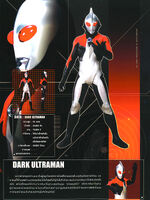