Yoshihisa Kawahara
Dark Spark (ダークスパーク Dāku Supāku) is the dark counterpart of the Ginga Spark wielded by Dark Lugiel. It is said to be an object of Legend in the Land of Light by Ultraman Taro, who described it as having the power to "halt the progress of living beings" as represented in its power to turn beings into Spark Dolls.

Its origins are unknown, what is known is that it was used by a silhoueted being to turn every monster, alien and Ultra into a Spark Doll by the villain of the series. It was also used by this villain in battle against the Ginga Spark and its owner Ultraman Ginga, who was defeated. Afterwards it was used for the bases of the inferior Dark Dummy Sparks which were handed out to Earthlings along with Spark Dolls by either Ultraman Ginga, Alien Icarus, or Alien Nackle Gray, servants of the Dark Spark's owner.

At the end when Dark Lugiel was revived and battled Ultraman Ginga, the two transformed their devices into lances and continued their battle on the moon. However the battle ended with Lugiel's defeat and the Dark Spark subsequently turned to dust.

Lugiel briefly uses this item again against Ginga, in the form of the Dark Spark Lance. It is unknown how he obtained it again but it may have been destroyed again after the defeat of the Darkness Demon. 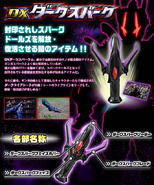 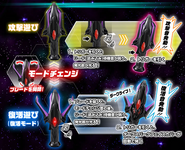 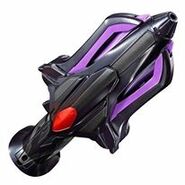 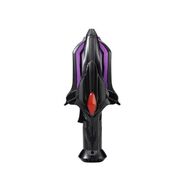 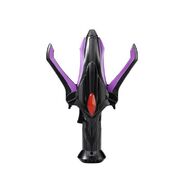 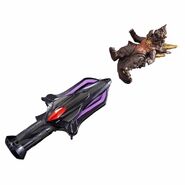 The Dark Spark in its owner's hand

People falling under the effects of the Dark Spark