Daigoro was a monster who became orphaned after the military used intercontinental missiles to kill his mother, who tried to protect him. Only one man rose to the example that Daigoro's mother had set. He pitied the child, and took it to Japan to raise as his own. Soon, Daigoro grew too big for a man to take care of, as he needed to be fed too often. To supply enough food for Daigoro, the man made the monster into a business icon. Even this was not successful. So, to save the friendly beast from starvation, they sadly fed him a chemical called "anti-grow."

Elsewhere, a monster called goliath crashed to earth in a meteor. Goliath swam to Daigoro's island and challenged him. Soon, Daigoro rose to the challenge and engaged Goliath in battle. The friendly monster did his best to stand his ground, but Goliath defeated him by striking Daigoro with lightning from his horn.

Goliath then set out to attack the world again, leaving Daigoro to die. But he had left the battle too soon. Daigoro recovered and practiced daily for his next fight with Goliath. When the two giants met again, a fierce battle took place. After an intense fight, Daigoro breathed his fire ray and defeated Goliath. The humans then strapped the weakened Goliath to a rocket, and blasted him into space.

Daigoro vs. Goliath one sheet poster 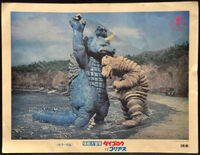 One sheet poster for the 1972 Champion Film Festival

Back Cover
Add a photo to this gallery 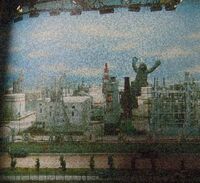 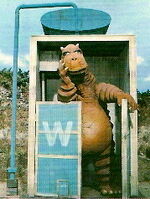 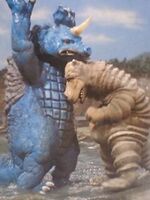 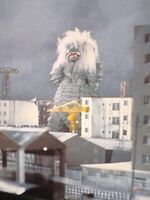 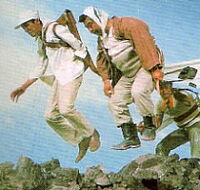 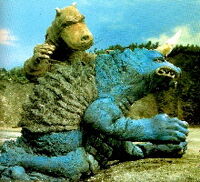 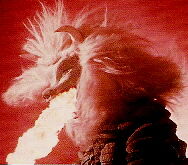 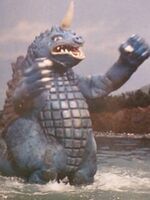 Back of the DVD 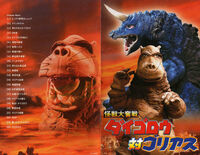 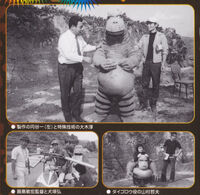 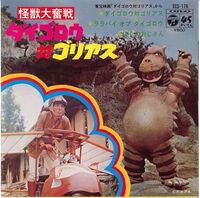 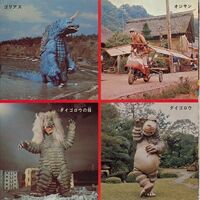 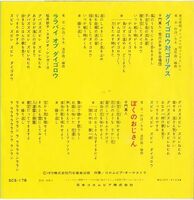 Back of the record case 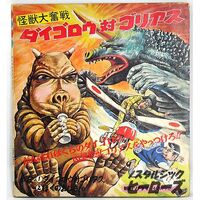 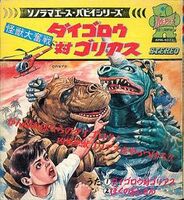 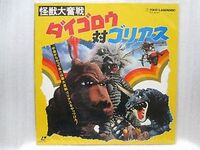 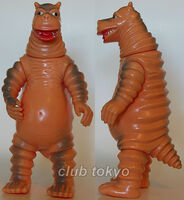 Bullmark Daigoro's Mother
Add a photo to this gallery

Retrieved from "https://ultra.fandom.com/wiki/Daigoro_vs_Goliath?oldid=529743"
Community content is available under CC-BY-SA unless otherwise noted.