Arriving on Planet Earth incased in a giant ball of fire, Daigarugu was soon intercepted by GUYS, but instead of just one, GUYS found three attacking the city! GUYS tried attacking them, but their gunfire slipped right through them! They soon realized only one was real, but the problem now was to find out which one was real. Before any other attempts were tried, Daigarugu and his illusions disappeared into thin air. Luckily, GUYS had created a new gun that could dispel the illusions, but they soon discovered Daigarugu was returning. It, along with it's illusions, reappeared on the Earth from the depths of space. George Ikaruga was ready with the new weapon, and used it to dispel Daigarugu's fake clones. GUYS then unleashed a barrage of missiles and beams to destroy the beast. But when the dust settled, Daigarugu was still very much alive. He then attacked George, who fell to the ground, but Ultraman Mebius came to the rescue. A long battle ensued, with Daigarugu clearly overpowering Mebius. Mebius' Color Timer began to flash, and Mebius decided to change into his Mebius Brave form. With one Spin Blade Attack, Daigarugu was easily sliced up and destroyed. 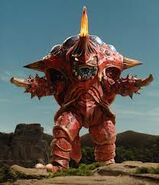 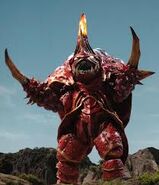 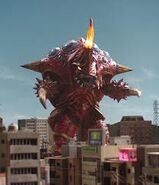 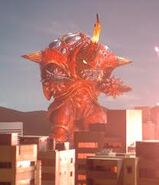 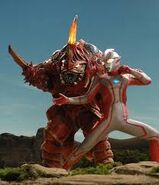 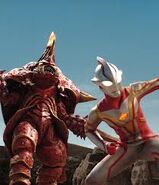 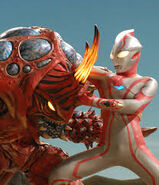 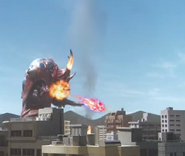 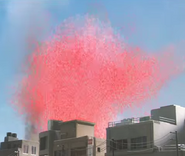 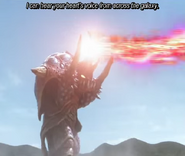 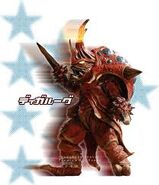 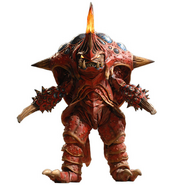