After several years following Ultraman Leo's time on Earth elapsed with no sign of alien invasions or monster attacks, it appeared as if Kaiju would finally no longer threaten humanity. However, in the year 1980, Crescent arose as the first sign of a new age of kaiju, representing the evil caused by mankind for centuries. When Crescent first appeared, the only witness was a rookie school teacher by the name of Takeshi Yamato, whom no one believed at first except Captain Ooyama of UGM. However, as the day went on, Crescent attacked the school he was teaching at. A new kaiju team by the name of UGM quickly responded to Crescent's presence and launched their weaponry at Crescent, to no avail. It was at that time Yamato finally took action and secretly morphed into the latest Ultra, Ultraman 80. Crescent noticed 80 and tried his best to dominate him, but the irony of it was that he would be the first kaiju destroyed by 80's Succium Beam. The kaiju fell down as he died in silence. Ultraman Teacher

One of the many hibernating monsters succesfully contained by GAF, Crescent's facility was constructed in Murobetsu, Hokkaido. Though Crescent himself was unseen, the containment facility that housed him was assaulted by the Celebro-controlled Ultroid Zero. After breaking into the facility, resulting in numerous human fatalities, Ultroid Zero stabbed straight through Crescent with his hand, Crescent's body hidden by the breached building surrounding him. As the Minus Energy monster screeched in agony, Ultroid Zero proceeded to absorb his energy and genetic material for use in the creation of Destrudos in the form of a reddish-coloured energy stream, leaving nothing behind. Crescent's DNA manifested as the chimeric cyborg's head, back, and tail. The Game to Extinction 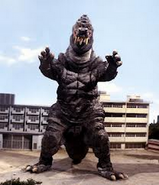 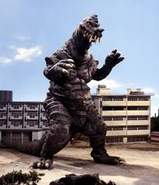 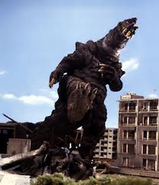 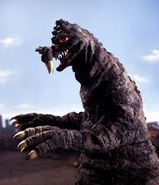 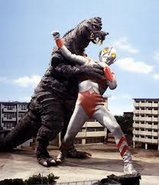 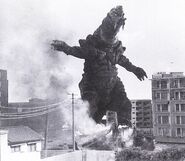 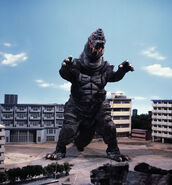 Figure of Crescent, by Marmit.

Figure of Crescent, by Popy. 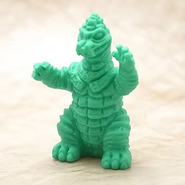 A Crescent eraser
Community content is available under CC-BY-SA unless otherwise noted.
Advertisement