Ultraman Ace episode 32 "With a Prayer upon the Ultra Star"

Coakes was a Terrible-Monster deployed by Yapool to attack two military bases. TAC members deployed and attacked its ship but it did paralyse Hokuto for a while. After his ship destroyed, Coakes took a human form named Akira Hoshino (星野アキラ Hoshino Akira) and met Hokuto's friend, where he spent a night in their house while pretending to have a high fever. The next day in Hokuto's flight training, Coakes disrupted his training and reveal his true identity to Umezu.

The day after that, Coakes rampaged on a military base. While TAC fighter jets deployed, one of them fell under Coakes' disruption, causing Hokuto to race into the scene and transform into Ultraman Ace. As Ace seemingly put up a good fight, Coakes quickly disoriented him until Ace regain his senses and amputated both of Coakes' arms. With a Prayer upon the Ultra Star 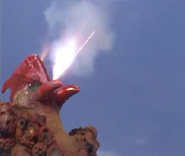 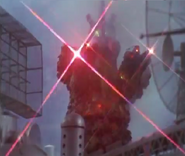 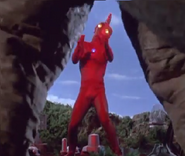 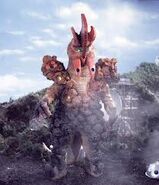 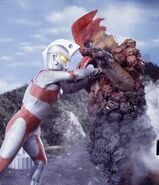 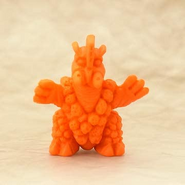