None
Cloudos (クラウドス Kuraudosu) is a Kaiju that appeared in the 20th episode of the TV series, Ultraman Max.

When a plasma field, caused by unusual sunspot activity, disrupts the Earth's ionosphere, a wormhole opens with a monster flying through. Appearing over a small city, DASH begin planning to send the monster, dubbed Cloudos by Chief Kenzo Tomioka, back through the wormhole. The winds, however, pushed Cloudos to a nearby school, scaring the student body. DASH quickly lassoed Cloudos by the horns and dragged it away. However, during transport, the band class from the nearby school started playing music to celebrate. This caused Cloudos to begin awakening and gain density, causing him to slowly go down to the city, scaring the students away, and breaking the lassos.

Kaito Touma thought quick by using the DASH Alpha to hypnotise Cloudos back to sleep, causing the monster to drift back upwards. However, the giant was not fully completely asleep, which meant any sound loud enough could awaken him. DASH quickly tried to keep the city quiet, doing things like stopping a bell from ringing, stopping a singer from singing, and preventing bikers from using their bikes. They send a (quiet) alert to the city to stay quiet long enough for Cloudos to drift away. The alert worked until a train-crossing light went off. Surprisingly, Cloudos wasn't desturbed from his slumber, and continued drifting towards a lightning storm. DASH planned to plug the holes they believe to be ears. The plan, at first, seems successful until Professer Yukari discovers that the holes are really Cloudos' nostrils!

Cloudos, unable to breath, quickly gets the plugs out before awakening to the sound of thunder. Cloudos begins to drift down to where a woman and child are. Kaito summoned Ultraman Max to hold the heavy monster from crushing the civilians long enough for DASH to get them out of the area. Max then fights Cloudos, quickly getting stuck underneath him while trying to pick him up. Once Max was able to get out from underneath Cloudos, he tries to drag the monster by the tail before trying to pick him up from the side. DASH tries to use the Gigalaser on Cloudos, but the monster uses Ultraman Max as a shield from the attack. The attack causes Ultraman Max's timer to blink. When Cloudos charges at the Ultra, Max uses the Maxium Cannon to stop the rampaging beast before DASH uses the Gigalaser again, this time hitting its mark. The shock creates a wormhole, which Cloudos flies through, never to be seen again. 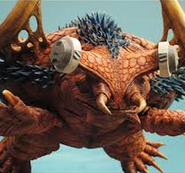 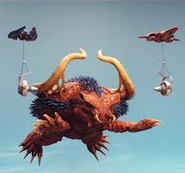 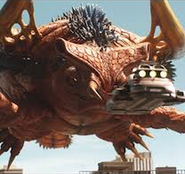 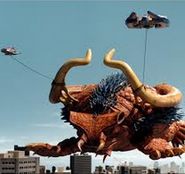 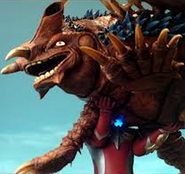 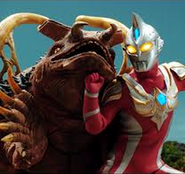 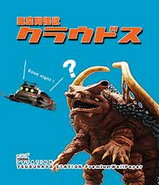