Cherubim (ケルビム Kerubimu), better known as Kelbeam, are an intergalactic Kaiju species, known for their ferocity. Several members were brought to Earth, possibly led by Bogar. Other members appeared on miscellaneous planets. This race of monsters first appeared in episode 4 of Ultraman Mebius, "Broken Bonds".

Sent by Bogar, Cherubim I landed in Tokyo and attacked relentlessly. Wishing to see their new Maquette Monster in action, Miclas was sent by GUYS to fight the alien monster. However, Miclas was too scared to fight and Cherubim beat him up and down the city until Miclas returned to its capsule. Cherubim left shortly after and fled into the sea to lay an egg. After Cherubim returned, GUYS sent Miclas again to fight Cherubim. This time Miclas gains enough courage to fight back against Cherubim, but in the end it was Ultraman Mebius who destroyed Cherubim, slicing the monster in half with his Mebium Blade. Broken Bonds

The egg that the first Cherubim laid in the sea hatches to create a new Cherubim. After listening to radio waves originally created by GUYS HQ to control Manquette Monsters, Cherubim surfaced attacking Ultraman Mebius and taking control of another monster who was attacking the test site: Arstron. The two overpowered Mebius easily, all the while Cherubim "boasting" to Arstron about his strength and "directing" Arstron how to fight. Once GUYS learned that Cherubim was controlling the waves from the test device to control Arstron. GUYS had no choice but to destroy it, causing Arstron to forget what it was doing, now no longer under the control of Cherubim. Frustrated without his control over the monster, Cherubim attacked Arstron and the two monsters fought. In the end, Ultraman Mebius transforms into Mebius Brave and destroys Arston with the Blade Slash and Cherubim with the Blade Shoot. Connecting Message

Some time after Ultraman Mebius left Earth, several monsters began reappearing and causing havoc. Cherubim was one of these monsters, (along with Saramandora, Roberuga, and Mukadender). Miclas was sent to deal with Cherubim. It is unknown what the outcome was as it is never seen in the special, but it is assumed Cherubim was destroyed by Miclas. Ultraman Mebius Gaiden: Armored Darkness

One day, near a lake, a Cherubim and an Arstron fought. Cherubim attacks by swooping his club-tipped tail, but Arstron grabs the tail. Arstron pulled Cherubim back for his next attack. Arstron gave an agile headbutt, but Cherubim proved too handy with that spiky-club. Cherubim rose up his "ears", shot a couple of fireballs and downed Arstron. As Cherubim went over to check if his enemy was dead, Arstron wasn't moving. As Cherubim was roaring in victory, Arstron got back up and tore off Cherubim's "ears" and used his Magma Ray to obliterate Cherubim into smithereens. Arstron roared in triumph but his victory was short-lived and now he has Eleking to deal with.

A Cherubim was owned by an Alien Guts to battle Rei (after Guts's Gomess was destroyed by Rei's Gomora). Rei chose Miclas to test him out, but Miclas was confused and scared, being attacked by Cherubim continuously. After some words of encouragement from Rei. Miclas fought back, tying up Cherubim with his own tail. Miclas quickly pummeled Cherubim into submission and finished off the monster by charging into Cherubim. Cherubim then accidentally fell back on his master. It is unknown if either Guts or Cherubim survived, but neither were seen again afterwards and were eventually killed when Planet Hammer was destroyed by Alien Rayblood.

Another Cherubim was revived by Ultraman Belial as part of his 100 Monster Army. He teamed up with Mukadender, Froguros, Gromite, Angross, Alien Valky, Jasyuline, Lunaticks, Roberuga II, and Birdon to take on Ultraman Mebius. When Rei and Gomora entered Burst Mode thanks to Belial, Cherubim along with the other surviving monsters stood back to watch Gomora fight the Ultras. He was killed by Ultraman Zero's Emerium Slash when he arrived along with Roberuga II and Hoe. Mega Monster Battle: Ultra Galaxy Legends The Movie

When Alien Babarue Babaryu turned into Imitation Orb once more and told the Planet Invasion Union that he realized the error of his ways and found out the perks about being hailed as a hero leaving to him deciding to rebel against them, he was faced with fighting the monster Cherubim, who was summoned by Jugglus Juggler to annihilate him. No matter how hard he hit him with his punches, Cherubim was unfazed by the alien-in-disguise's physical attacks and the monster had him on the ropes with his exclusive spit attack, forcing Babaryu to change back into his true form. The monster played dirty with the alien by pinning him down to the ground with his feet and kept slashing and stomping at him until Babaryu found enough determination and confidence to rise back up and fight back thanks to the kids cheering him on. Even though he put up a much better fight against him and he managed to land a few blows on him, Babaryu was still no match for Cherubim and was downed once more.

Before he accepted his fate from the monster's fireball attack, Gai Kurenai transformed into the real Ultraman Orb in his Spacium Zeperion form and saved him with his Sparion Shield. Unlike the Alien Babarue in disguise, the real Orb put up a much better fight against Cherubim, and after he blocked an attack from his horn, Orb changed into his Hurricane Slash form and blocked the monster's attacks with his Orb Slugger Lance so fast that he produced a hurricane that sent Cherubim flying and left him exposed enough for him to get destroyed by Orb's Trident Slash. 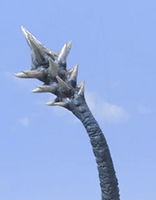 Flight
Add a photo to this gallery
Cherubim II 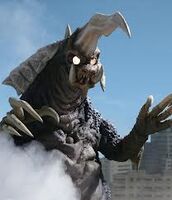 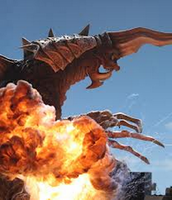 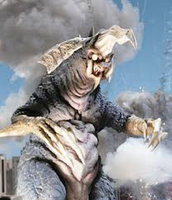 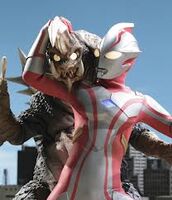 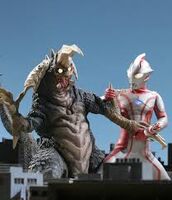 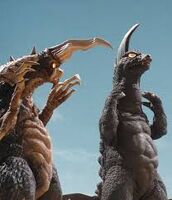 Cherubim and Arstron VS Ultraman Mebius 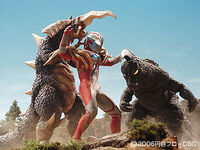 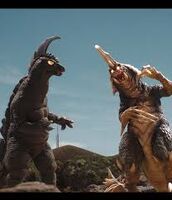 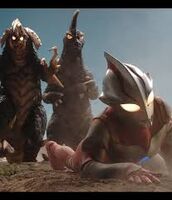 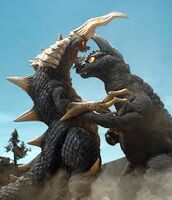 Cherubim VS Arstron
Add a photo to this gallery

Cherubim Data
Add a photo to this gallery 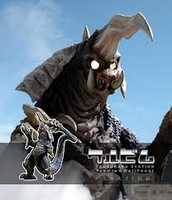 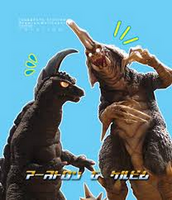 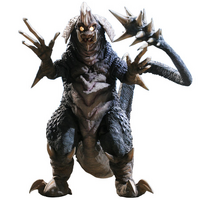 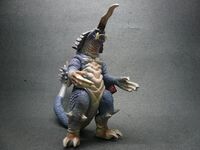 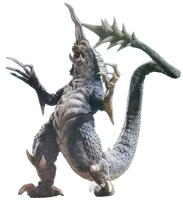 Add a photo to this gallery
Retrieved from "https://ultra.fandom.com/wiki/Cherubim?oldid=510435"
Community content is available under CC-BY-SA unless otherwise noted.