Chamegon appeared twice in the Chibira-kun series, often as a salesman who scammed Goruba and his son.

Also, Chamegon's costume head was modified and used for the character, Pipi, in the series. 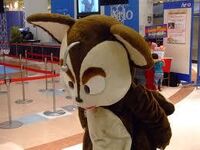 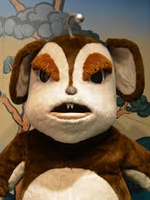