Ultraman 80 episode 29 "Wrath of the Emperor"

Every hundred years, a monster was said to appear in the Kiya Valley's village. In that year, the village chief decided to use the legend as a tourist attraction strategy, placing fraudulent records of monster roars in various areas and even name it Cathy, after their own village. However, the real monster awoke.

When UGM attacked, they could not faze the creature with the weapons. However, they found that it would run out of energy if it did not eat meat. When it tried to eat two villagers, Takeshi transformed. 80 and the monster battled, while Cathy tried to eat the hero himself. Ultraman managed to defend himself until the monster collapsed from hunger.

80 then flew the monster to a place where it could return to sleep undisturbed. 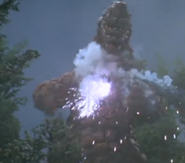 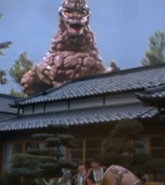 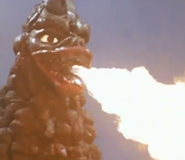 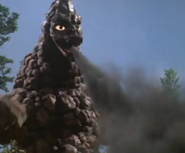 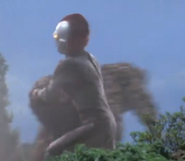 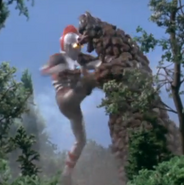 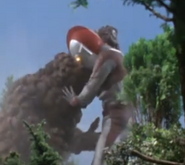 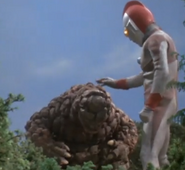 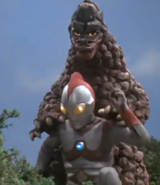 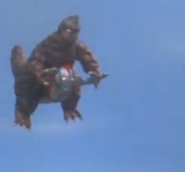