The☆Ultraman episode 44 "The Ultra Broke in Half!?"

Arriving to Earth via rockets were creatures created by the Alien Sciens called the Caperadons. Upon landing each Caperadon caused wanton destruction and was met by the global defense force. After the monsters were destroyed, a second wave of rockets were detected from deep space. The Scientific Defense Guard used the Ultria, now able to split into two ships thanks to Professor Henry Nikishi, to destroy all but one of the rockets containing a second wave of Caperadons. The last Caperadon attacked New York City, but before long Choichi turned into Ultraman Joneus to stop the monster's rampage. After a merciless beat down, Joneus finished the last Caperadon with a shot of the Planium Ray. 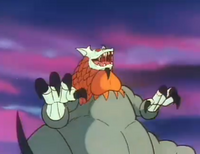 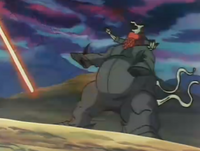 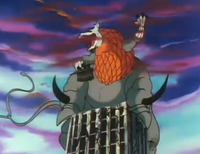