None
Bundar (ブンダー Bundā) is a monster that appeared in Ultraman Dyna.

Bunder’s was the product of a writer, Hiroya Narumi‘s mind, a screenplay he wrote come to life. In the middle of the day, Hiroya materialized from a portal in space in his cocoon form, landing in the middle of town after a man ran through the streets screaming, then collapsed. Investigation only brought one thing, the name of a monster named Bundar. As they examined his files, they discovered files with drawings of themselves, as well as drawings identical to what had happened in real life. Unknown to them, something was watching them through a teddy bear sitting nearby, its eyes flashing red. Meanwhile, Bundar’s head emerged and Asuka accidentally stepped through a door into a strange dimension. Hiroya finally emerged from his stat of shock, revealing he was a writer and actor but a man invited him to participate in a play involving monsters. As one of the Super GUTS members read one of his books, Bundar began attacking the city with his tentacles until Super GUTS arrived to attack him. As Super GUTS assaulted the monster, only resulting in him changing to his true self and attacking the city. Meanwhile, they events of the Hiroya’s script continued to act themselves out in real life, Bundar shooting down Super GUTS fighters while meanwhile, Asuka found himself in the role of another in the play, strapped to a table by the two strange people. Luckily for Asuka, another part of the story was discovered, that Dyna would confront Bundar, instantly freeing him and allowing him to transform and appear to fight Bunder. He fired the Solgent Beam but the monster’s hide protected him. But meanwhile, while the two battled back and forth, Super GUTS spun the foil of the book, first causing Dyna to repeatedly kick Bunder in the head, then causing Bunder to end up impaling himself with his tentacle and negating his own existence, making it so Bundar never existed to begin with, reversing all the damage he had caused. 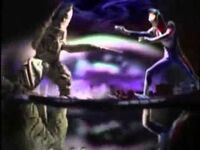 Add a photo to this gallery
Retrieved from "https://ultra.fandom.com/wiki/Bundar?oldid=510396"
Community content is available under CC-BY-SA unless otherwise noted.