Bujack suddenly appeared one day and put the Gridman Alliance in a dream that none of them could awaken from. With Yuta asleep, Gridman was unable to deal with the threat. Fortunately, it did not fully materialize, simply passing through the buildings, and nobody was hurt. Noticing that Gridman wasn't appearing, Anti was told by the Neon Genesis Junior High Students that he was 'on vacation' because of this monster, so he tried attacking it with his buzzsaw, but his efforts were in vain as he simply passed through it each time.

Using his Grid Kinesis, Gridman slowly worked his way into the dream world, where he tore off Bujack's wings, ending the dream. The Neon Genesis High School Students then noticed that Bujack had completely materialized, so they combined into Powered Zenon and quickly finished it off. Dream

Bujack, along with all the other Kaiju Gridman fought, reappeared when they were summoned by Alexis to get rid of Gridknight, since Akane refused to make any more new kaiju. Bujack was finished off by Gridknight, who sliced it in half using a buzzsaw of energy. Decisive Battle 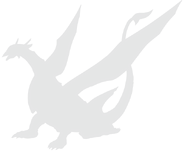 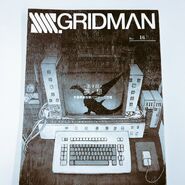