None
Bugdalas[2] (バグダラス Bagudarasu) is a Kaiju that appeared in Ultraman Max. It first appeared in episode 8 of the series.

Imprisoned in a meteor for centuries, Bugdalas emerged from the confines of its rock to feast on the life energy from people. DASH soldiers intercepted the beast, only to have their energy being sucked from them. As the humans grew weaker, Budalas grew stronger and larger. Kaito shot the beast with a special weapon and after being momentarily stunned, the insectoid escaped BASE Titan. Kaito followed Bugdalas in DASH Bird 1 but was shot down. Kaito summoned Ultraman Max and the two giants fought. With its invisibility and infared vision, Bugdalas seems to get the upper hand. However, Ultraman Max fired his Maxium Cannon at the creature, defeating it. 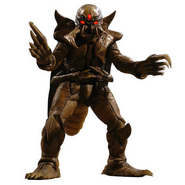 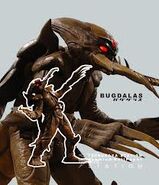 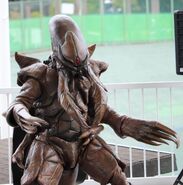