Everyone comes together to formulate a plan to deal with Woola once and for all. However, Tregear has other ideas.

Continuing from the previous episode, as transforming into Taiga, Hiroyuki came to save Pirika that he promises as the greatest battle begins now!

The man punches Galmess that gets out, chased by the crowd. However, their efforts prove futile as Taiga is defeated once more. Woola burrows underground and causes destruction to nearby infrastructure. Inside the EGIS HQ, Saku tells the members that Hiroyuki went back. Inside Woola, Pirika was able to communicate with the monster and learned of how it came to be, and that it had no malicious intent, and was merely looking for anything to satiate its unending appetite. Sympathizing with Woola, Pirika contacted EGIS to inform them of what she had learned, and that she wanted to save Woola. Good aliens decided to help EGIS and devised a plan together to neutralize Woola's black hole.

Maguma and Homare fired a Magma Wave from his spaceship, baiting Woola to the surface. They then fired a missile containing a white hole that counteracted the black hole inside Woola. Hiroyuki transforms into Taiga (one last time in the series), they then relied on Taiga to fire Strium Blaster at Woola to feed it and hopefully satiate it. Just before the plan could be completed, Tregear interfered and tried to stop Taiga. Woola tried to help the Tri-Squad after recognizing them as allies, but easily gets shoved aside by Tregear. Galmess and Pitt protect the men from falling debris, despite there an anti-alien protest just moments before.

Tregear makes the mistake of firing a dark energy sphere at Taiga, which he redirects to Woola using Wide Taiga Shot. Woola eats both attacks and its body is destroyed, while its core floats upwards and dissipates into a glittering light that spreads across the Earth, simultaneously redeeming and ending the once world-threatening monster. Taiga attempted to convince Tregear to return to the path of light, but he finds those claims rubbish and attacks Taiga, forcing him to fight back. Taiga quickly fused into Tri-Strium, which reminds Tregear of Taro but he sees the bond hero in front of the sun that "That's right! I am the son of Taro!! Ultraman Taiga!!!" Taiga Tri-Strium exclaimed that he is a hero of light and the son of Taro. Taiga, Titas, Fuma and Hiroyuki put their powers together to fire Quattro Squad Blaster, but Tregear made no attempt to defend himself and laughed maniacally as he is defeated. The greatest battle ends with Hiroyuki and Taiga see a glittering light that Pirika will return. The next day, Maguma became a guard and Markind became the accountant that Kana welcomes the new members. Suddenly, Pirika returned, so the EGIS members hugged her together. 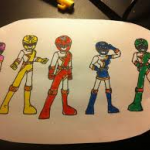 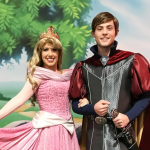