A stingray-like monstrosity sent to Earth by the ruthless, war-loving Alien Keel, Bostang waged a campaign against humanity at sea. Attacking ships at sea, the creature laid to rest many lives, but humanity fought back with the aid of Zemi, an alien being from the planet Ruperts. As Bostang patrolled the ocean, humanity threw countless rockets and bombs against the aquatic horror. To humanity's relief, not even Bostang could survive the onslaught of military force. Its body was lifted out of the air repeatedly before a few final shots completely obliterated it. The war-loving Keel had been beaten at their own game, their once great bio weapon terminated. 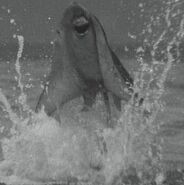 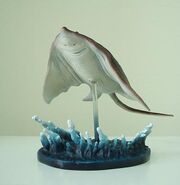 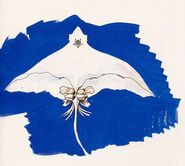 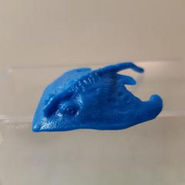 Bostang vs. Todola
Community content is available under CC-BY-SA unless otherwise noted.
Advertisement