Black Pigeon (ブラックピジョン Burakku Pijen) was a Terrible-Monster created by Yapool. He appeared in episode 18 of Ultraman Ace. Although appeared to be a transformation, in truth, Yapool performed a brain transplant of an Earth pigeon into a space monster, wanting to use its homing instinct.

Using a small boy's pigeon named Kojiro (小次郎 Kojirō) as their personal test subject, Yapool transformed the harmless Kojiro into a ferocious Terrible-Monster. The avian monster was unleashed on Japan but was deterred by TAC. Black Pigeon immediately went on the offensive, rampaging through a construction site before smashing several apartment buildings to pieces. Yapool, however, was furious, as his monster was attacking without him giving it orders to do so, and so he soon recalled the monster back to his dimension.

As the fight continued, Ace's energy began to wane as Black Pigeon used every extent of his abilities on the hero. After Black Pigeon discarded his chest spike, Ace used the opportunity to fire his Metalium Ray at Black Pigeon, seemingly defeating the monster, but this was not the case. After quivering for a moment, Black Pigeon shot the energy back in the form of a purple beam which struck Ace, leaving the hero in bouts of pain! TAC could only look on in horror as Black Pigeon closed in and began relentlessly beating Ace, who was so badly injured by the assault that he was left briefly unable to stand after climbing out of the harbor.

Immediately knowing what to do, the boy used his pigeon whistle to call Black Pigeon again, who stood to attention. Realising this was perhaps his final chance, Ace got up, and while Black Pigeon was distracted by the whistle, shot him in the back with his Diamond Beam. Black Pigeon turned around to face Ace, but then fell limp, and his eyes closed for the final time as he breathed his last. Afterwards, Black Pigeon reverted back to Kojiro, but remained dead. TAC then held a funeral for the bird, while the boy blew the whistle for the final time to honour the fallen creature.Lend Me the Pigeon 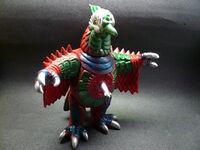 A Marmit figure of Black Pigeon 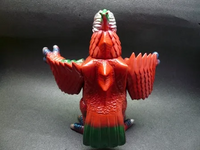 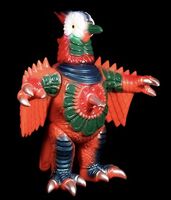 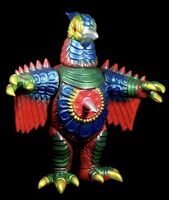 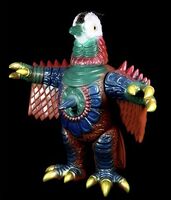 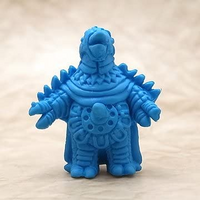 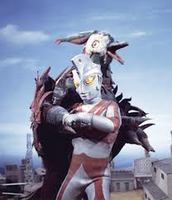 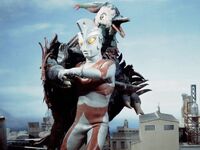 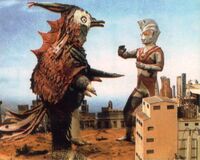 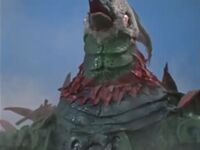 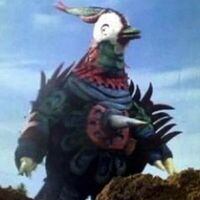 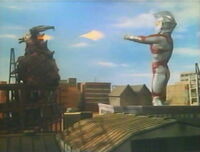 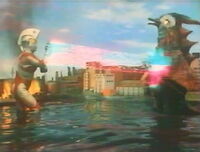 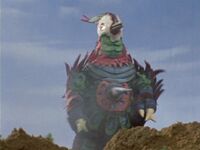 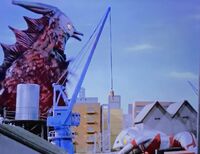 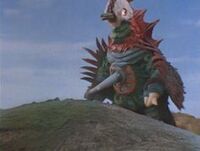