Takeshi Obayashi (Leo)
Shoichiro Akaboshi (Orb)
Black Directive (ブラック指令 Burakku Shirei), also known as Commander Black, is the final antagonist of the TV series, Ultraman Leo. Up to the episode before his introduction, Ultraman Leo lacked any true major antagonist (with the exception of the Alien Magmas), so it is likely that Black Directive was introduced to fulfill this role. He is the commander of the saucer beasts who hoped to destroy Ultraman Leo and to conquer the Earth, but ultimately failed after the defeat of Black End.

In the 2001 manga Within Ultraman Leo's Heart, illustrated by Mamoru Uchiyama, Black Directive - named as Commander Black in the series - has his backstory expanded. It is explained that Black cooperated with Alien Babarue in an attempt to invade Earth, and later took actions into his own hands after Babarue's attack on the Earth was thwarted by Leo, Astra and the Ultra Brothers.

Under orders from Commander Black, Babarue framed Astra by stealing the Ultra Key and putting Leo and the Ultra Brothers into a fight while also setting the Land of Light on a collision course with Earth. Knowing that Earth's forces would be too weak to destroy the planet and with no other Ultras to protect Earth, the invasion would come into success. Eventually, Babarue failed and Black Directive ordered Silverbloome to kill all members of MAC (like the original series) and then used all of his Saucer Beasts to attack Earth, but ultimately, they all were destroyed one-by-one by Leo. Out of Saucer Beasts, he grew into large proportions and challenged Ultraman Leo and the Ultra Brothers to a fight, however, when Astra arrived to aid his brother, Black Directive felt the war's situation was beginning to feel "unfavorable" and he attempts a retreat but Leo manages to catch him and uses Ultraseven's Eye Slugger (a keepsake from the Ultra's last fight with the Giras Brothers) and kills Black Directive with it.

It is also revealed in the manga that Black included the first Alien Magma among his allies, and hired him as a mercenary along with the Giras Brothers shortly before Leo began his time on Earth.

"Simple is best. Monsters nowadays are too busy looking; that's no good."

Black Directive reappeared in the 22nd episode of Ultraman Orb where he ran the Black Star café on 0 First Street, Black Star, Shinjuku, which is seemingly impossible for normal people to find, yet they came to his place to drink their coffee and never leave, but if they did and they want to come back, they wouldn't remember where it was.

Black Directive was first seen cleaning the glasses as a bartender and then talked to the members of the SSP while they were enjoying his black coffee, especially about their old Alien Babarue friend, his troubled past, and his dream of invading the Earth, but gave it all up to make a living when he was getting old. After Shin noticed that his little good-luck charm, Nova was giving off life signs, Black Directive decided to close up shop and asked them to get out until Gai Kurenai showed up and kindly served him black coffee and he asked him about Jugglus Juggler's whereabouts and noticed that the two of them were still fighting. After he left, he had a chat with an Alien Pitt who told him that the café used to be lively with aliens who used to come to the café all the time. But now that everyone has fled, he planned on closing the café down and travel to another planet with his partner, Nova. He also heard the news about Dada's ship crashing into some space junk, resulting in losing his last coffee beans. Black Directive told My that they originally came to Earth to invade but they became peaceful yet they face the threat of space trash blocking their path, preventing them from leaving.

As he was about to close the café down, Nova flew off and changed into a kaiju. At first he didn't approve, but afterwards, he completely understood what Nova was trying to do and let him do it, seeing as how he hasn't given up on his dream and Black Directive soon joined in, seeing as this was their last chance to make their dream of invading the Earth a reality. With Nova, they attacked the city but was soon met with opposition from Ultraman Orb Burnmite, who he was waiting for. While he was fighting the Ultra inside of Nova, the SSP begged him to stop but he told him that he wasn't that man anymore.

Unfortunately, Orb ended up destroying Nova, leaving Black Directive depressed that their couldn't be accomplished anymore. As he was sitting down, Gai comforted him. During that time, Black Directive said that Orb let him dream a sweet dream but he cannot accomplish it anymore since the latter destroyed Nova. However, Gai assured him that he still had the people who still loved his coffee, which made him emotional. When Gai turned around, Black Directive wasn't there. It was then revealed that he opened a ramen shop called Ramen Black Star, which was brought up by Ittetsu Shibukawa who visited the SSP while they were bummed out.The Unmarked Cafe

As part of the "HG Ultraman Series" gashapon toy celebration, three sets of aliens that had fought the Showa Ultras, Yapool Man, Alien Pedan and Black Directive was released. The set can be sold on available gashapon machines at Japan while shipping would be available in November 2014. 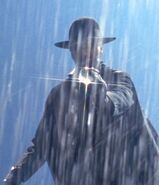 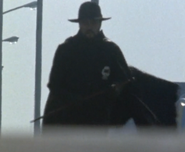 Black Directive's first appearance, as Silverbloome bears down on Tokyo. 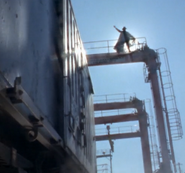 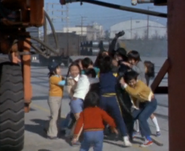 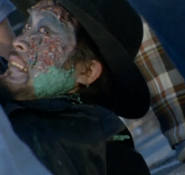 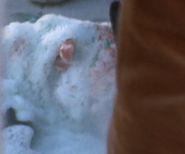 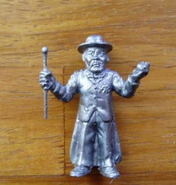