Ultraman: Towards the Future episode 9 "The Biospherians"

None
Bios (バイオス Baiosu) was a Kaiju that first appeared in TV series Ultraman: Towards the Future.

Originally from somewhere in space Bios landed on Earth and was found by Southern University. They wanted Bios to be the start of the bio-technical revolution to save the environment and allow humanity comfort and efficiency. However, with one of the flowers literally trying to scare off tourists, UMA took it back to base to have it analyzed by Charles. After analysis showed bizarre characteristics, Jack, Kim, and Arthur infiltrated the university's green house and tried to uncover what secrets they were hiding.

While the intellect of the plants were preventing Kim and Arthur from hacking into one of the university's computers, Jack sensed a strange alien force in the complex. The biospherians caught Kim and Arthur and revealed that the plants were of alien origin. Jack used the Delta Plasma Pendent to communicate with Plant Bios and discovered that they came to Earth to restore it.  Even if it meant destroying all life on it. After Naomi, the leader of the biospherians, found out about Bios' true intentions, she shot the computer it was controlling, preventing rapid carnivorous plant growth at the cost of her life.

Without any options left, Bios transformed into a large half-plant, half-machine creature. UMA decided to try having one of their Hummers play music to calm Bios, this however led to Bios grabbing the Hummer to keep it from flying away. Ultraman Great then arrived to rescue UMA's Hummer pilot. After a short struggle, Bios let go of the Hummer and gave its full attention to Great. Great managed to block Bios' attacks and punched him in the chest. This was a mistake, as Bios' chest released a red energy when Great punched him that weakened Great and gave Bios the chance to throw Great to the ground. Weakened and running out of time, Ultraman Great rose again and stood face to face with the Kaiju. Great managed to destroy Bios with several quick shots of the Star Beam. 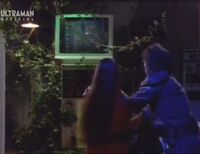 Control
Add a photo to this gallery 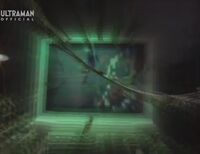 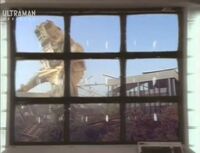 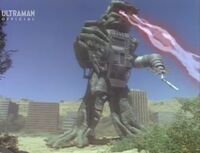 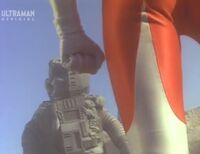 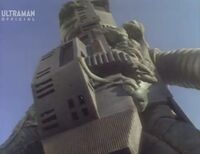 Bios toy (Bandai Japan)
Add a photo to this gallery
Retrieved from "https://ultra.fandom.com/wiki/Bios?oldid=530460"
Community content is available under CC-BY-SA unless otherwise noted.