Beryudora (ベリュドラ, Beryudora), or Belyudra[1], is the gigantic chimeric monster that appears in Mega Monster Battle: Ultra Galaxy Legends The Movie. It is made up of countless monsters and aliens that the Ultras had fought throughout history, combined into a single being controlled by Ultraman Belial.

Beryudora was Ultraman Belial's trump card in preventing the Ultras from returning the Plasma Spark to the Land of Light. After being defeated by Ultraman Zero, Belial called forth all his monsters from his Giga Battle Nizer, as well as some more that rested in the Monster Graveyard. Together, Belial and all the monsters came together to form a colossus known as Beryudora. Belial personally rode atop his creation, controlling it from above with the Giga Battle Nizer.

Against the remaining Ultramen, EX Gomora, and the ZAP SPACY crew, Beryudora was unstoppable, effortlessly shrugging off every attack made by everyone. During the battle, Rei notices Belial's Giga Battle Nizer having been disarmed by Zero earlier in the battle. Using his own Battle Nizer, Rei causes all the monsters that make up Beryudora to riot against Belial's control, immobilizing Beryudora. With the opportunity, the ZAP SPACY crew fire the Pedanium Launcher from the Space Pendragon, Ultraman Leo and Astra fire their Ultra Double Flasher, Dyna fires his Solgent Ray, EX Gomora fires his EX Super Oscillatory Wave, Ultraman fires his Ultra-Slashes, Ultraman Mebius turns into his Burning Brave form and performs the Burning Mebium Dynamtie, and Zero uses the Plasma Spark to merge his Zero Sluggers into the Zero Twin Sword and attacks Belial directly with the Plasma Spark Slash. With Belial severely wounded and out of action, Beryudora collapses and explodes, followed by the Giga Battle Nizer.

Beryudora Death Buster
Add a photo to this gallery 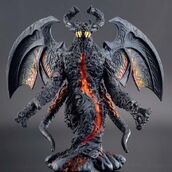 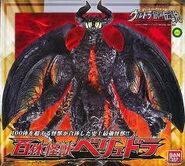 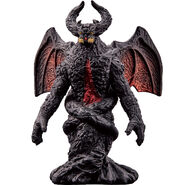 Closeup of some kaiju on Beryudora

Beryudora being finished by the Ultras 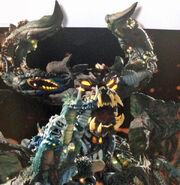 A scan of Beryudora from 'Hero Magazine'

Scans of the CGI model used for Beryudora

Concept art for Beryudora scanned from a magazine 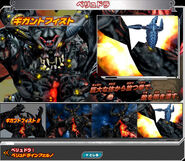 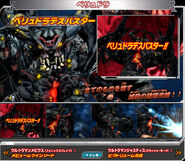 Retrieved from "https://ultra.fandom.com/wiki/Beryudora?oldid=470733"
Community content is available under CC-BY-SA unless otherwise noted.