Basara (バサラ Basara), or Vasara[1], is a Kaiju that appears in the TV series Ultraman Taro.

At night Basara lured in two police officers with his crying baby noise and then, without warning, sucked up their blood and left them there for dead as the seventh case of the "vampire murder case".

Another night struck, and the monster resorted to using his vines to spread out and find another victim. It managed to find a way into a house of orphans and decided to feast the woman in charge of the house and an unlucky orphan too. But then, three strangers came across the vines and severed the connection between the monster and its vines.

It decided to search again in the day time, biding its time and waiting for just the right moment to strike. After killing the same woman from last night, ZAT members eventually cracked the caper and convinced everyone who was given the blood-sucking flowers to throw them away. Two of the members were going to pull out the vines when Basara decided to emerge from underground and go on a rampage. ZAP did their best to stop the monster, both on the gorund and in the sky, but their efforts proved to be naught as it used its vines to defend itself and entangle its enemies. Kotaro eventually transformed himself into Ultraman Taro to fight the monster.

Even though the monster used its vines to shock Taro, the Ultra remained unbudged by this and used his agility and power to overcome the monster in combat. Basara was seemingly destroyed by Taro's Strium Beam but it reformed itself in one piece when a house nearby struck fire and the monster caught on fire as well, resulting in his death. 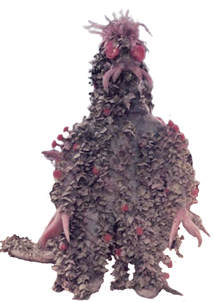 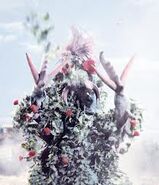 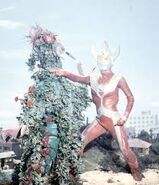 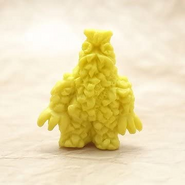