An underground monster that had been in hibernation, Bango had awakened for the first time in 150 million years. He was attacked by a hunter dressed in as an aborigine whom launched his spear at the monster's nostril, causing him to return back to the underground. The hunter was assigned to MAC as he was needed to stop Bango. While resting after a patrol, they discovered Bango by accident after his nostril surfaced. After the hunter dropped a rice ball, then himself, and his cigarette into it, Bango's body fully appeared, and the monster fled to the city, where he took a tower and used it to hit several buildings. He continued to rampage towards a freeway, an oil refinery and finally an amusement park. Realizing that all of Bango's actions were imitating the hunter all along, he ordered Gen to pump his uniform with hydrogen to make him float like a balloon as the monster inflates his body as well. But witnessing the hunter smoking, he took a factory's chimney and smokes too. But when he does this, the air he absorbs blew away, causing the hunter to be blown away but Gen quickly rescued him as Leo. After battling Bango, Leo knocked down the monster by targeting his feet. Leo blew on his tail, causing the monster to inflate and fly away. The hunter bids farewell to everyone and departed to Himalayas to search for a yeti. 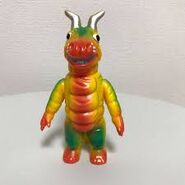 By Buta no Hana 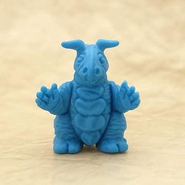 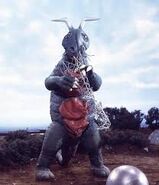 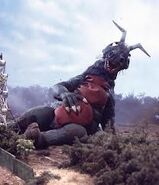 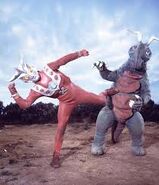 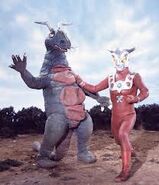 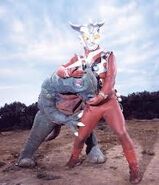