Ultraman Orb Chronicle Chapter 3: 'The Man Who Stole The Black Hole' Arc
Balloonga (バルンガ Barunga) was a Kaiju that appeared in the TV series, Ultra Q.

Arriving on Earth on board the Saturn-1 exploration rocket, Balloonga started life as a small object. Exposed to energy, the creature rapidly began to grow. Within hours it hovered over the city of Tokyo, blotting out the sun and devouring any form of energy it could. Rockets only made it grow bigger and a coming typhoon fed it even more. It seemed as if the beast would devour all energy on the planet until an artificial sun was created deep within space. As the intense energy reached the Earth, it got Balloonga's attention. The strange creature began to drift upward, heading for the artificial sun that could feed it for eternity or kill it.

Because of Balloonga's destructive nature, it was kept within a Super Polymerized Gold Capsule (超重合金カプセル Chō Jū Gōkin Kapuseru) on the prison planet, Planet 484, under maximum security until Juggler obtains it from his prison break. Juggler turned it into a Balloonga Bomb (バルンガボム Barunga Bomu) that would threaten the balance of the universe, creating a black hole. Using this he threatened the Interstellar Alliance to bring Gai to him. It was defused by Shorty, but he died doing so after he was shocked by a high-voltage electrical discharge. What happens to it afterwards is unknown. 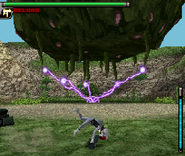 Balloonga appears as spirit 51 in the game's spirit list. Upon use, it will drain the enemy's SP gauge. It is the only Ultra Q spirit in the game.

It was revealed that samples of Balloonga was kept and used by Ide and Inpei Seant to create Ultra Armor F and used by Akiko Fuji. Balloonga's trait was shown when Fuji (Giant Soldier F) was able to absorb incoming attacks from Dark Faust, Dark Mephisto, and Dark Zagi but this also resulted with the birth of Ultraman F.

To compensate for the lack of energy absorbing power, Ide created the Balloonga Aegis for Ultraman F to use, later on this armor destroyed by Hyper Zetton. 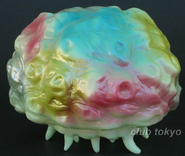 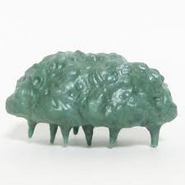 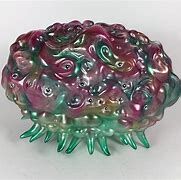