None
Bad Baalon (バッドバアロン Baddo Baaron), also known as Bad Baron[1], was a Terrible-Monster that appeared in episode 33 of Ultraman Ace.

Another Terrible-Monster created by Yapool, Bad Baalon started off as a hot-air balloon which some kids took for a ride. Later that day, TAC got suspicious when a "mouth" kept popping out of the hole in the balloon. They picked up Dan Umezu, who had earlier became suspicious when he witnessed one of his playmates gone unconcious after he rode the said hot-air balloon. Aboard in the hot air balloon, Dan shot its "mouth" with a gun that Hokuto gave him and Bad Baalon took on his true form, devouring Dan and the kids aboard. It then proceed to attack TAC with his white mist, making Hokuto transform into Ultraman Ace. The two fought for a while,and though it seemed like Bad Baalon had the upper hand, Ace wasn't done yet. Ace ultimately killed him with the Palm Cutter (decapitating him) and the Star Beam Cutter (slicing him in half), releasing the kids and making many balloons. 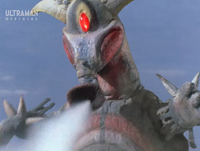 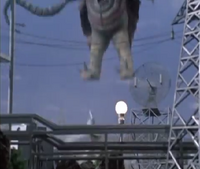 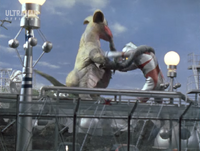 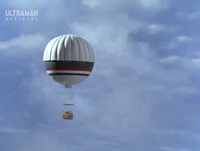 Hot Air-Balloon Travel
Add a photo to this gallery 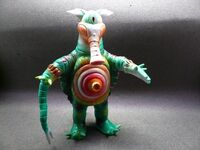 A figure of Bad Baalon 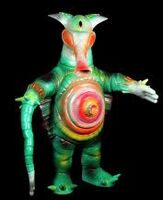 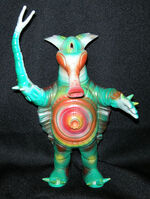 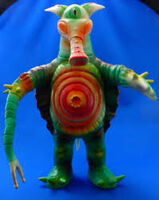 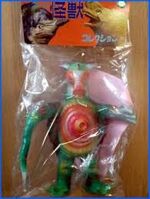 Ditto, in original bag with header. 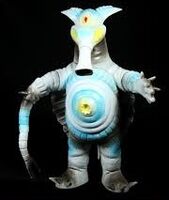 Ditto, a white version.
Add a photo to this gallery 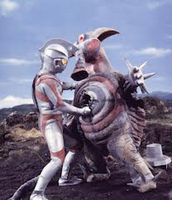 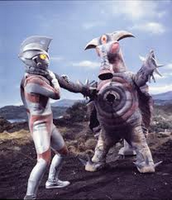 Retrieved from "https://ultra.fandom.com/wiki/Bad_Baalon?oldid=541134"
Community content is available under CC-BY-SA unless otherwise noted.