None
Backacoon  (バッカクーン Bakkakun) was a Kaiju that appeared in the TV series, Ultraman Neos, episode 5.

The day after Shildoban died a large fungus was found in the middle of the city. HEART used the Heat Buster on the mushroom, but it released spores that quickly extinguished the large fires. The spores quickly spread towards HEART's position as they were trying to protect a small boy and his pet parrot. Everyone survived the fungus's spores, but HEART didn't know how to stop the mushroom. As the day went on the mushroom broke itself with energy and evolved into the monster Backacoon. HEART attacked Backacoon and led him away from the city and to the site they killed Shildoban. In one of the HEART Winners Nana was brought down by the gas-like spores of the fungus Kaiju and began to walk towards the site where she crashed. As Nana was having trouble with her seatbelt Genki quickly turned into Ultraman Neos before anything worse could happen. Backacoon was easily out done by Neos and became desprate by using a mushroom from his tail to revive Shildoban to assist him. HEART tried to disconnect the root that was keeping Shildoban under Backacoon's control, but failed as the two monsters were more than Neos could handle. Hino showed up in the other HEART Winner and distracted Backacoon while Neos dealt with Shildoban. Hino disconnected the root on Backacoon's tail making Shildoban dead again. Neos quickly finished Backacoon off with a classic Spacium Ray. 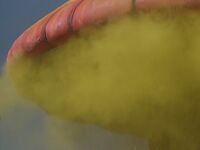 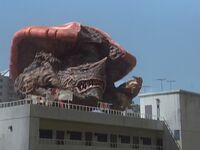 Monster Form
Add a photo to this gallery
Backacoon 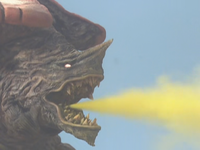 Spores
Add a photo to this gallery 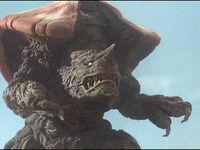 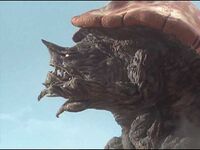 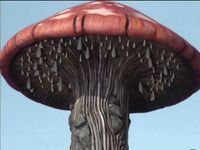 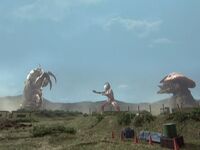 Backacoon
Add a photo to this gallery
Retrieved from "https://ultra.fandom.com/wiki/Backacoon?oldid=510247"
Community content is available under CC-BY-SA unless otherwise noted.