Auto Maton (オートマトン Ōtomaton) were a series of mechanic puppets that appears in Ultraman Max.

The day after Scout Berserke was defeated strange idol-like machines called the Auto Maton appeared around Tokyo. Shortly after they were deployed they began to give warning to Delos People coming to conquer the surface world of Earth for himself. After using a hologram of himself to reveal himself the Automatons were not used since. With Delos People finally witnessed their mistakes, they used the Auto Maton for the last time to pleaded Ultraman Max and DASH to destroy their creation, Giga Berserke. 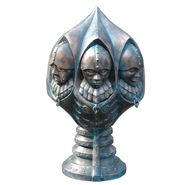 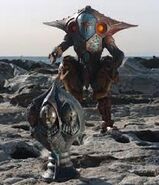 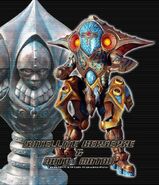 Add a photo to this gallery
Retrieved from "https://ultra.fandom.com/wiki/Auto_Maton?oldid=495435"
Community content is available under CC-BY-SA unless otherwise noted.