Ai Hashimoto
Atsuko Sasaki (佐々木 敦子 Sasaki Atsuko) was an XIG operator and one of the supporting characters from Ultraman Gaia.

As a child, Atsuko was very isolated from the society, as a result she turned to playing arcade games;something she found her solace in. At one point she possessed a doll named Lilia, which she lost sometime later.

As an adult, she joined XIG as an operator on the Aerial Base, and befriended Georgie Leland, an American worker and operator of XIG. Initially, she had a crush on Katsumi Kajio from Team Lightning but quit after he had a relationship with her sister. Atsuko always gave Gamu Takayama, XIG's analyzer and new recruit a cold shoulder, although she did show her warm side towards him, to the point where she broke her pen twice when sensing "something wrong" with Gamu while he was in Germany.

In this film, Atsuko was Gamu's co-worker whom supported him in his dreams. After Gamu's battle as Gaia along with his fellow Ultras against Black Silhouette and their minions were over, Atsuko assisted him in creating Repulsorlift systems and converting a 150 year old ship into a spaceship where everyone makes their way to their universe's M78. 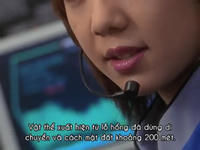 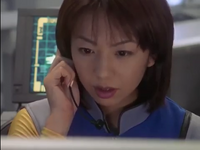 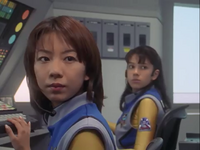 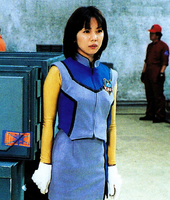 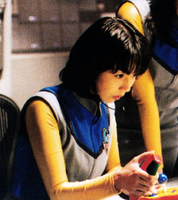 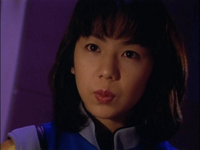 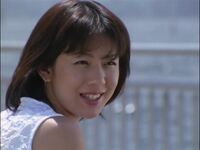 Atsuko with her sister Ritsuko.
Community content is available under CC-BY-SA unless otherwise noted.