Ultraman Leo episode 22 "The Leo Brothers vs the Monster Brothers"

Kinichi Kusumi
Yuto Nagachi
Astra (アストラ Asutora) is the younger twin brother of Ultraman Leo and a prince of the fallen Planet L77. He came to Earth after learning that Leo had survived the destruction of their home planet and has appeared several times to assist his brother.

The younger brother of Ultraman Leo, Astra came from the desert Planet L77. After the destruction of L77 by the Alien Magma, Leo, Astra, and Leo's pet monster Ron were the last survivors, although at the time Leo was unaware that the other two had survived. While Leo and Ron separately made their way to Earth, Astra was captured and held prisoner by the Alien Magma until he was eventually rescued by Ultraman King. After King told him of Leo's survival, Astra headed for Earth and rescued his brother during a battle against Garon and Littre. Ever since, Astra has assisted Leo in fighting several different aliens that were too powerful for Leo to defeat by himself.

At one point, Alien Babarue froze Astra in a special type of ice in space and took his identity in order to steal the Ultra Key. After Ultraman King revealed that the Astra the Ultra Brothers were fighting was in fact Babarue, Leo saved Astra from his icy imprisonment. Astra returned the Ultra Key, narrowly saving the Earth and the Land of Light from colliding. He and his brother became the first Ultra Brothers that were born outside of Nebula M78. Following this, Astra aided Leo in destroying the Saucer Beast Hangler.

Throughout the events of Ultraman Mebius, Astra is the least active of the Ultra Brothers. However he is present during the series finale, assisting his brother Leo in using the Ultra Double Flasher in destroying the coating that was surrounding the sun. Words from the Heart -Final Trilogy III-

Astra appeared in this film, watching over Ultraman Zero's training with Ultraman Leo. When Seven's Eye Slugger was sent as an S.O.S., Ultraman King sent Zero to the battle, followed shortly by Leo and Astra. When they arrived, Zero had already defeated Belial and blasted him in to a river of molten magma but no sooner had they arrived, the spirits of 100 monsters started to flow towards Belial and formed Belyudra. Leo and Astra then did their Ultra Double Flasher attack while every one else attacked Belyudra together until Zero finished him off. Astra and Leo then returned to the Land of Light with the others. Mega Monster Battle: Ultra Galaxy Legends The Movie

Astra reappeared in this movie as he gave energy along with the other Ultras of the Land of Light to create Zero's travel sphere. He appears near the end to protect the Land of Light from the Darklops army and is beaten until Zero beats Kaiser Belial. Ultraman Zero The Movie: Super Deciding Fight! The Belial Galactic Empire

Prior to the Ultraman Ginga TV series, Astra participated in the Dark Spark War but this time he fought not only alongside with the Ultra Brothers, but with the other Ultras that came from other universes and their allies against evil. While in midst of battle, Dark Lugiel turned every Ultra alongside their allies, monsters, and aliens into Spark Dolls. With the war over an unknown warrior appeared and faced Dark Lugiel but like the others he also turned into a Spark Doll. Town of Falling Stars The location of Astra's doll is unknown, but could be with Leo's Spark Doll, which is also unknown. Astra returned to his original form along with all the Ultras after Ginga defeated Dark Lugiel. Your Future

After Ultraman King sensed the awakening of the Space Emperor, he calls on Ultraman Hikari, Ultraman Ace and the Leo brothers. Leo and Astra were sent to Planet Gua on the orders of King, to stop the revival of Juda. However, Yapool sent his Choju Battalions, Verokron, Doragory, and Vakishim to take care of them. While Leo and Astra were busy dealing with the Choju, Yapool arrived and the brothers watched as the super dimensional being used the Victorium he stole from the core to amp up Juda's revival. Right after that, Ace, along with Ginga and Victory appeared to help Leo and Astra take down Yapool and his Choju Battalion. Astra defeated Doragory with his Astra Kick while Leo defeated Vakishim with his Leo Kick, Ace defeated Verokron with his Ultra Guillotine, and Ginga Victory defeated Yapool with his Ultra Fusion Shoot. However, after Yapool exploded, the negative energies inside of him went to Juda's distorian and fully revived him and summoned Super Grand King Spectre. Afterwards, Astra, along with the other Ultras tried to destroy Grand King with little to no success until Victory decided to take care of Juda himself while the rest deal with the robot before it destroys the planet. Later, as Victory turned the power of the Victorium Core against Juda, the energies from the Core went into Super Grand King Spectre, weakening him and Astra helped defeat the robot by combining his and Leo's Ultra Double Flasher with Ace's Metalium Beam and Ginga's Ginga Cross Shoot. Ultra Fight Victory

Astra was among the Ultra Warriors who fought against Belial and his army during the Omega Armageddon. However, Astra could only gaze at their failures as Belial succeeded in triggering Crisis Impact before Ultraman King sacrificed his life to undo the damage caused by Belial. Welcome to the Secret Base

Astra was mentioned by Ultraman Victory. 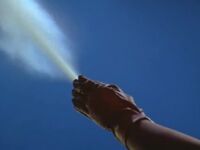 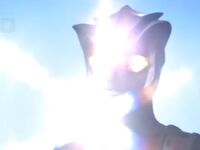 Blind Tactics
Add a photo to this gallery 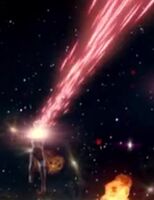 Red Shuriken Beam
Add a photo to this gallery 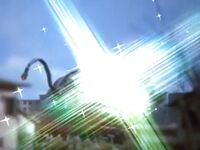 Combustion
Add a photo to this gallery

Double Kick
Add a photo to this gallery

Retrieved from "https://ultra.fandom.com/wiki/Astra?oldid=528645"
Community content is available under CC-BY-SA unless otherwise noted.