Arwon firstly sent by Casa Madara to test Dyna's strength. As both Ultra and monster fights, Arwon easily absorb the firepower of Dyna Strong Type's Garnate Bomber via his horns and disappears.

He appears again, now with the meteor Power Lock and combines with Casa Madara and the meteorite itself to form Wanzetto. Dyna appears, as the two fights with Wanzetto absorbs Dyna's Solgent Beam and return fire back with energy horn beam. Dyna transforms to Miracle Type and performs Revolium Wave but failed as Wanzetto predicts this attack and blocks it with his energy shield. He spits the Dynamic Coagulation Fluid to imprison him in a stone covering.

Super GUTS has no choice but to seek Alien Mijir's help as they created Pudgy Garaon. They sent Hanejiro to bring the robot into Wanzetto's cranial cavity and was used to bash its head, destroying the android host until it fell. Unfortunately, the Mijir's discovered that they now had control of Wanzetto. Just as Dyna was freed from his stone prison, the Mijir's attacked. But since the android within Wanzetto was destroyed, it could not activate Wanzetto's ultimate attack. The aliens, who did not know that, broke the controller when trying to activate the attack. Pudgy Garaon and Wanzetto were later destroyed when hit by Dyna's Revolium Wave.

Energy Absorption
Add a photo to this gallery
Wanzetto

Dynamic Coagulation Fluid
Add a photo to this gallery 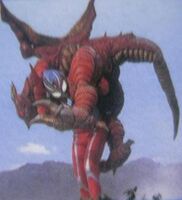 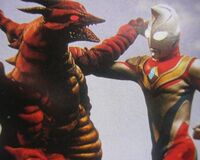 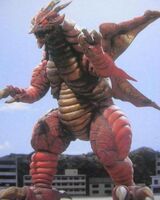 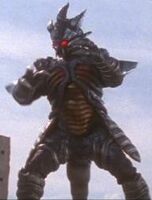 Add a photo to this gallery
Retrieved from "https://ultra.fandom.com/wiki/Arwon?oldid=516582"
Community content is available under CC-BY-SA unless otherwise noted.