None
Aron (アロン, Aron) was a Kaiju that briefly appeared in episode 39 of Ultraseven.

Aron was a monster sent by Alien Guts to test Ultraseven's strength and abilities while they analyzed from the safety of their saucer. Both the Ultra warrior and Monster fought on a few occasions but ultimately, Aron was killed when Ultraseven decapitated him with the Eye Slugger. However Aron's assignment was now complete and the Alien Guts have the information they required to assassinate Ultraseven. The Seven Assassination Plan Part 1 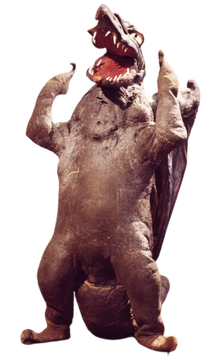 Figure of Aron by Marmit 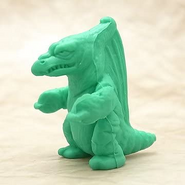 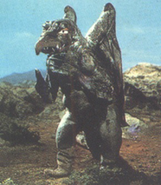 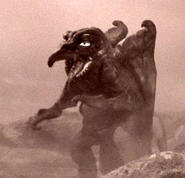 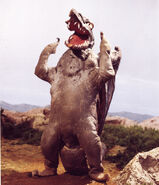 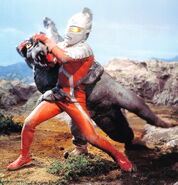 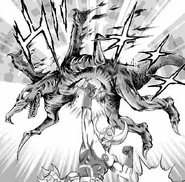