Destroyed
Arb Gear (アーブギア Ābu Gia) is a set of armor created by the Arb people for Ultraman Hikari to become Hunter Knight Tsurugi. Initially, it was called the Armor of Revenge (復讐の鎧 Fukushū no Yoroi) before Hikari used it properly in his righteous heart, becoming the Armor of the Hero (勇者の鎧 Yūsha no Yoroi). The armor grants the user additional weight to 3,000 t, being the lightest armor.

After Hikari (whom at that time remained unnamed)'s failure in protecting Planet Arb from Bogarl, he succumbed into depression as remaining Arb residents fused with him to become the Arb Gear. Now filled with resentments, he adopted the name Hunter Knight Tsurugi and chased Bogarl to Earth. After he managed to kill Bogarl with Ultraman Mebius' help, he was killed in action but soon treated by the Mother of Ultra, whom destroyed the armor while treating Tsurugi.

Soon after adopting the name "Ultraman Hikari" and left the Earth, he encountered Alien Babarue, whom wanted to kill him after his refusal to join Babarue in his conquest to conquer space. Once he was about to be killed, energies from Planet Arb reacted and bestow him the Arb Gear again, as he escaped and defeated Babarue. While Babarue disguised himself as Imitation Tsurugi, he was shown wearing a copy of Arb Gear, though had no function. Hikari returned to Earth and revealed Babarue's dirty trick, later killing him using the Arb Gear.

The armor was destroyed by Alien Empera when Hikari tried to use it against him in his invasion. 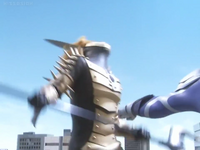 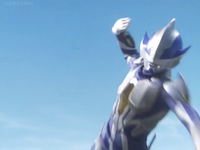 Knight Shoot
Add a photo to this gallery

Retrieved from "https://ultra.fandom.com/wiki/Arb_Gear?oldid=521995"
Community content is available under CC-BY-SA unless otherwise noted.