One day, Team EYES discovered a strange phenomenon where time stopped. Upon their investigation, it was discovered to be the result of Arados, a snail-like monster whom can stop time in a certain area. After an analysis made by Doigaki, he revealed that the monster came from Earth, but five-thousand years in the future. It had been traveling through time due to its growth period but because the monster was still a cub, it had a weak immune system which meant it could not adapt to its present era. Later, Alien Nowar communicated to the EYES Base and demanded Arados, in return, they would heal the monster and Earth would no longer be targeted. After a talk with the JADF Army, they decided to refuse Alien Nowar's offer and give it to the army - if the monster died the autopsy would be beneficial to humanity, something which Musashi disagreed with. Getting impatient, the aliens attempted to kidnap Arados via their spaceship. Luckily, EYES managed to free Arados but the Alien Nowar launched Ragstone Mechalator to battle Team EYES. Ultraman Cosmos appeared and battled the cyborg monster but was quickly overpowered by the monster and flying saucer teamwork. Arados used the last of its power to banish Ragstone Mechalator into another space and time before collapsing to die from exhaustion. Cosmos furiously destroyed the Alien Nowar spaceship and flew away. While Musashi and Captain Hiura honored the dead Arados, a portal suddenly appeared, from which emerged three adult Arados who used their revival beam to revive the baby Arados. 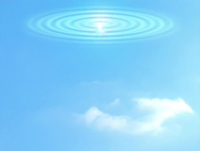 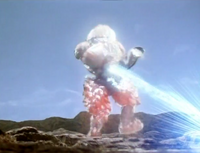 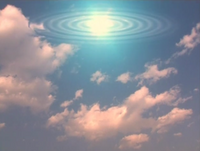 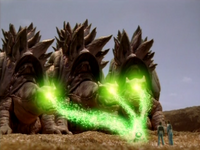 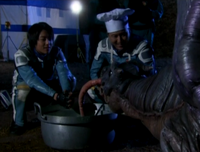 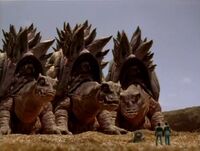 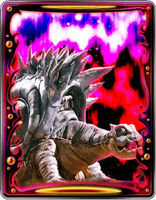