None
Aquarius (アクエリウス Akueriusu) is a bird-like Terrible-Monster that first appeared in Ultraman Ace, episode 49. The servant of Univerlages, Aquarius was sent to attack Earth as an advance guard, only to be found and defeated by Ace after her master was destroyed.

Aquarius first appeared as a woman holding a vase, having been sent to Earth in disguise by the jellyfish-like alien Univerlages. After killing Univerlages, TAC found Aquarius. After her vase was shot, the woman jumped high into the air and landed back down as a hideous Terrible-Monster. TAC quickly opened fire on her. However, the Terrible-Monster shrugged off all their attacks. Seiji Hokuto began to shoot at the ugly Terrible-Monster, only to be knocked off a cliff. Before he fell to his death, Hokuto transformed into Ultraman Ace to take on Aquarius. Ace began to engage the Terrible-Monster in a vicious battle. It seemed Ace had met his match as the Terrible-Monster assaulted Ultraman with her firecracker like blasts. Luckily, Ultraman Ace overcame the attack and began to beat down Aquarius. Ace charged energy into his foot and then kicked her in the face. Energy surged through her body as she screeched out in pain and anguish. Shortly afterward, her eyes grew dark as death overcame her. After she died, Ace buried her and paid his respect. 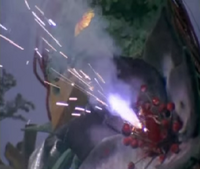 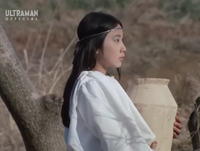 Figure of Aquarius by Marmit
Add a photo to this gallery 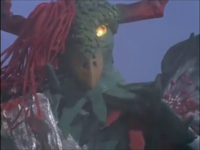 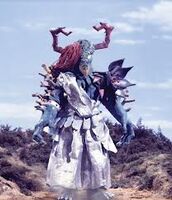 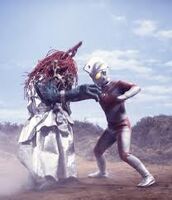 Aquarius vs Ultraman Ace
Add a photo to this gallery
Retrieved from "https://ultra.fandom.com/wiki/Aquarius?oldid=522315"
Community content is available under CC-BY-SA unless otherwise noted.