Aprasar was a Terrible-Monster that was originally an alien woman whose planet had been destroyed by Yapool and was under his control. She soon confronted the captain of TAC to join only to be declined so she lived with a man on earth who liked her. She soon attacked the captain with her laser beams and ran off. One night she confronted Yapool and tried to defect from his plans having taken a liking earth only to be declined and thus forced to change into the monster Aprasar. She attacked with her robes and soon Hokuto and Minami transformed into Ultraman Ace. A long battle ensued as she launched her plumage. Ace was able to grab the captain from inside her and she soon told her to cut the connection between her and Yapool and soon turns back to herself. She then flew back into space along with the giant. I Saw the Phantom of a Heavenly Woman 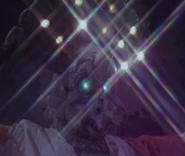 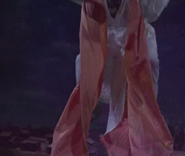 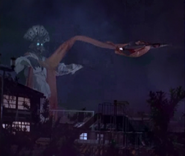 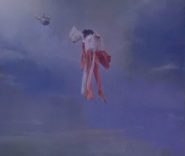 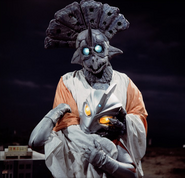 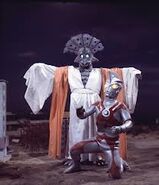 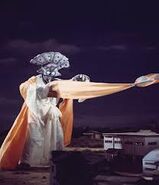 Aprasar, as she showed up

Aprasar, after she was freed from the control of Yapool by Ultraman Ace 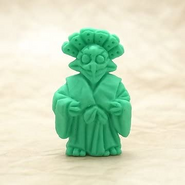 An Aprasar eraser
Community content is available under CC-BY-SA unless otherwise noted.
Advertisement