Ultraman Gaia episode 14 "The Challenge from the Anti-Space"

None
Antimatter (アンチマターAnchimatā, Antimatter) is a Kaiju that first appeared in Ultraman Gaia, episode 14.

Antimatter emerged from a wormhole near the Trojan asteroid belt. Scientists from around the globe tried to think of a way to prevent the strange Kaiju from coming to Earth and Team Falcon was launched only for their attacks to fail. Antimatter quickly turned a large portion of Tokyo into his personal palace, making everything in the force field become anti-matter. Gamu Takayama and Hiroya Fujimiya went over to the monster, the latter saying that if Antimatter was destroyed in the conventional way, it would make a huge explosion due to the unregulated mix of anti-matter and normal matter. They soon transformed into Ultraman Gaia and Ultraman Agul went on the scene quickly as Agul altered Gaia's molecular structure, allowing him to go through the force field. Antimatter was of little match for Gaia's skills even with his electric surges and energy beams. Once Gaia destroyed the horn-like structures with his Quantum Stream, the anti-matter force field shrunk to normal size and XIG and Agul prevented any body parts from exploding. Gaia and Agul had Antimatter sent to space and sent back to Negative Space through his wormhole, which was then closed with Agul's Dimensional Closer. 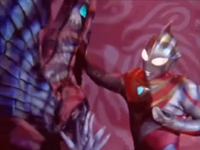 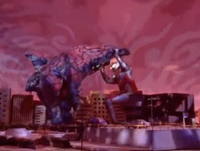 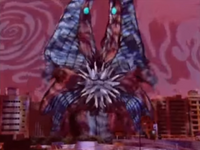 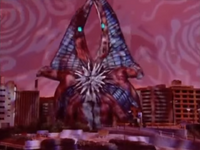 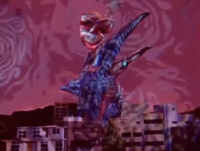 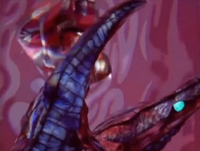 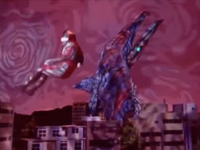 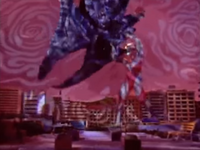 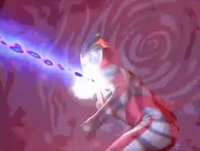 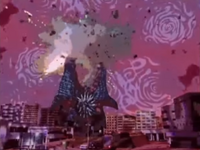 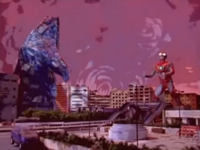