Another Giant (もう1人の巨人 Mō Hitori no Kyojin) is the fifth episode of Ultraman Gaia.

Georgie is taking care of something in the hanger when she spots Gamu poking around in a jet engine. Calling him out on it, she sets up a blackmail for him to follow up on. Gamu is called into Ishimuro's office, and asked if he has told his parents that he has left school to join XIG. He hasn't yet, so Ishimuro gives him time off to go visit Chiba Prefecture. On a shuttle down to earth, he spots something in the ocean and calls XIG. Atsuko scans the area per his request, but dosen't find anything. She yells at him for calling the Aerial Base for a false alarm.

Elsewhere, a man is seen exercising in an apartment, with pictures of Ultraman posted on his wall.

After shopping for a few things, Gamu travels to his town and walks along the beach. Doing this brings back memories of when he was a boy on his way home from studying and two boys who bully him. Shaking this off, he then goes to his house.

XIG is alerted by something that triggers their alarms but then disappears. Ishimuro asks Tsutsumi if they should send out Team Marlin, but Tsutsumi says it would be pointless to track it in water, advising to wait until it comes ashore. Ishimuro orders Peace Carry out with Team Lightning accompanying.

Gamu is outside his house, but doesn't want to go in, standing out by the dockside. Then a woman calls out to him, and he greets his mother, who invites him inside the house. She tells him his father is still at his office, and that they had received a letter from Gamu's university about his dropping out. He asks if he should have asked them, but she replies that she'd rather he found his own path without asking them.

Suddenly, a monster emerges from the sea nearby and starts rampaging. The mysterious man gets an alert on his computer about the creature. Gamu is talking to Atsuko, who tells him that the scanners can't pick up the monster. Gamu tells his mother to take cover and runs off.

Team Lightning tries attacking the monster, but their attacks don't affect the monster. Gamu asks Kitada of Team Lightning to fly through the smoke it is emitting, and the results come back that the gas is a sort of extinguishing agent. Since the monster is made up of mostly seawater, its body temperature is low, therefore it couldn't be picked up by XIG's scanners.

Gamu is about to transform when he sees a young man standing some distance away. As he stands in shock, the man holds up a transformation device and transforms into the blue Ultraman who had saved Gamu in the desert. The blue Ultraman attacks the monster, driving it back, but ultimately his attacks are merely shrugged off as the creature starts to absorb his energy. Gamu is taken aback that the young man is someone he knows and transforms into Gaia.

After the battle, Gamu is standing by the beach when he is addressed by the other man. Calling him Fujimiya Hiroiya, he asks him why he's also Ultraman, when Fujimiya interrupts him. Calling the Alchemy Stars 'those worthless do-gooders', Fujimiya states that they don't have a chance against the coming threats, which is why he quit. He then states that humanity is a threat to the earth itself, and he feels that Ultraman exists only to protect earth, not the 'parasites' that are humans. 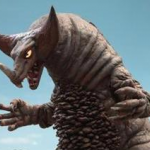 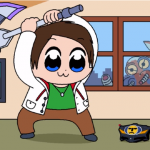 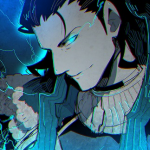