This may not be the article you are looking for. For the SSSS.GRIDMAN character, see Anosillus the 2nd.

"It absorbs all the incoming noise and purifies the sounds."
"Oh I see... Takeshi, why don't we utilize it to proceed our plan as scheduled."
"Alright. I have a good idea as well."

―Takeshi and Kahn regarding Anosillus.

SSSS.GRIDMAN episode 12 "Awakening (Finale)"
Anosillus (アノシラス Anoshirasu) is a Kaiju that appeared in Gridman the Hyper Agent. He appeared in Superhuman Samurai Syber-Squad as the anti-virus counterpart of Manfu.

A hunchbacked reptilian creature with a neck frill and two long spikes on it's shoulders that was dwelling inside a keyboard. It lives alongside an inhabitant of computer world alongside the Compoid Unison as the Sound Spirits. After Anosillus destroyed Bagira, Takeshi Todo attached a keyboard to his computer and used music to brainwash Anosillus. With Anosillus under Kahn Digifer's power, ear-piercing sound waves were emitting from the keyboard and slowly spreading throughout the city. Gridman was ready to destroy Anosillus with the Barrier Shield, but Unison appears pleaded Gridman to cease. She attempted to free Anosillus by playing a melody, but Takeshi's music was too strong. Yuka attached her own keyboard to Junk and played a melody powerful to break the spell, restoring Anosillus.

Anosillus reappeared to watch over Anosillus the 2nd, who had saved Anti's life and brought him to a park. 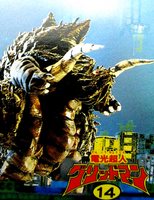 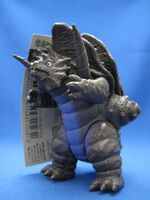 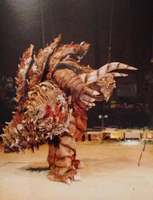 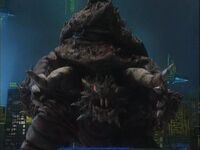 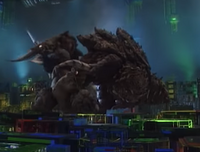 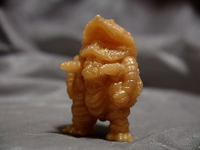 An Anosillus eraser
Community content is available under CC-BY-SA unless otherwise noted.