Ultraman Wiki
Register
Don't have an account?
Sign In
Advertisement
in: Stubs, Heroes, Other Heroes,
and 7 more

Andro Flor (アンドロフロル Andoro Furoru) is one of the four Andro Super Warriors created for the Andro Melos miniseries. Flor is the only female member of the team. She is the princess of the Andros.

Released as part of the "Andromelos" Subline for the Ultra Hero Series lineup, "Andro Frol" is a 6-inch soft vinyl figure with 3 points of articulation. Molded in white PVC plastic, Andro Frol features mainly black, and some red and pink paint operations, including the slight pink spray on the "Wings".

Prior to the figure's release, Andro Frol is the only character that is not previously released for the Andro Melos Series line in the 1990s. 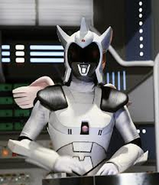 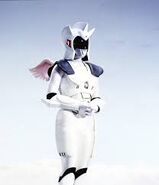 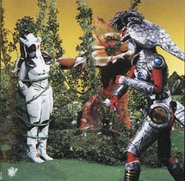 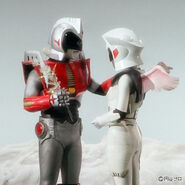